Did Donald Trump return to the presidency, removing President Joe Biden and Vice President Kamala Harris? No, that's not true: This is a clickbait headline that is not supported by the video connected to it. The purpose of the misleading headline is to trick viewers into watching the monetized video and to draw potential new members to the group advertised in the post: "US News Daily."

The 40-minute-long video posted with this clickbait claim is from the Labor Day "Hannity Special" by Fox News featuring a collection of clips of previous Hannity interviews and town hall events from the summer of 2021. A copy of that broadcast was streamed on Facebook as if it were a live video on September 7, 2021, by a page named darwin05cantillo24, which is labeled a "Gaming Video Creator." The video is captioned: 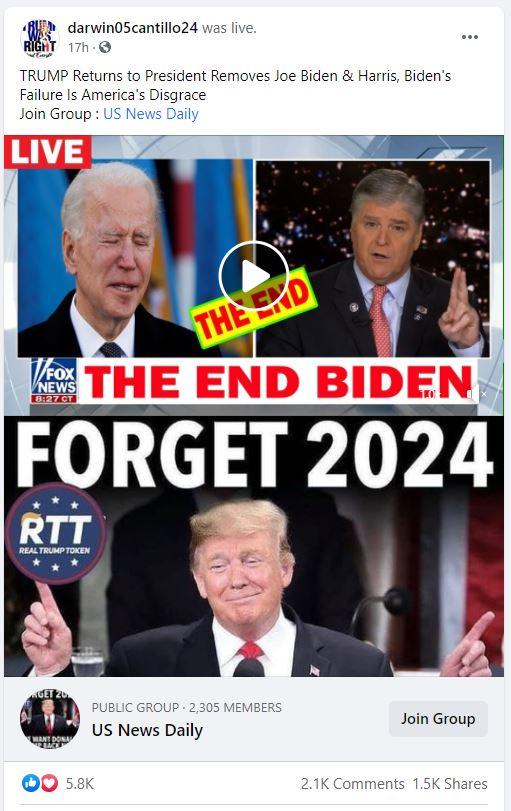 (Image source: Facebook screenshot taken on Wed Sep 08 17:10:36 2021 UTC)
The clickbait headline is unsupported by the video attached to it. Joe Biden is still the president and Kamala Harris the vice president. Nothing in the Hannity special mirrors the claims in the recycled video's title. The page that recycled this Fox News special recently switched format from gaming videos to political themes on August 27, 2021. The page darwin05cantillo24 was created on June 29, 2020. Two of the page manager locations are in Indonesia and one is in the United States. 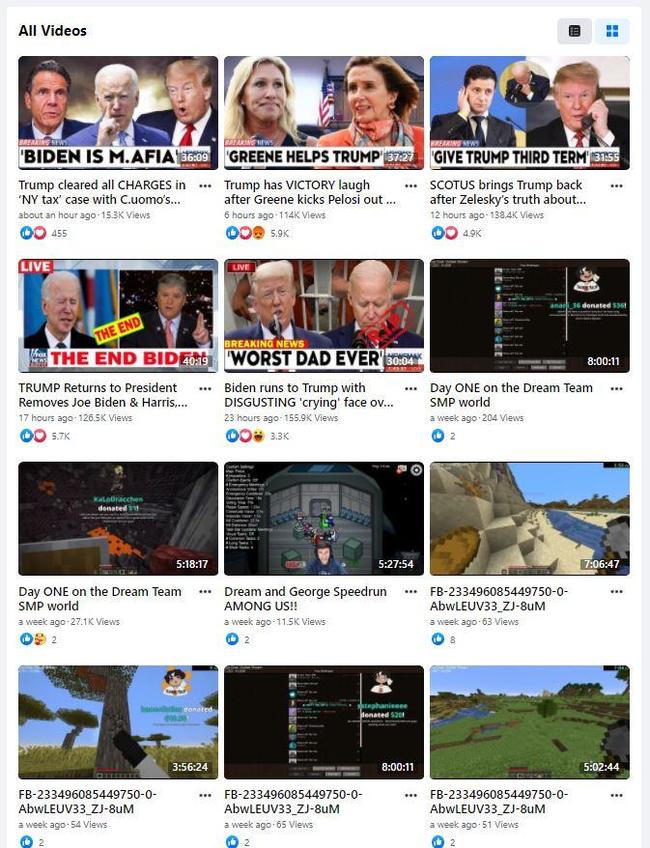 (Image source: Facebook screenshot taken on Wed Sep 08 17:19:23 2021 UTC)
The Facebook group promoted in the captioning of the misleadingly titled video is US News Daily which was started on August 30, 2021. Although the group has over 2,000 members, all the posts in the group have been made by two of the administrators, darwin05cantillo24 and RT HyLele. The page RT HyLele, which has a profile picture of Donald Trump, is also the administrator of several other groups in the Vietnamese language as well as a group called "Trump Daily Report," of which darwin05cantillo24 is also an administrator. 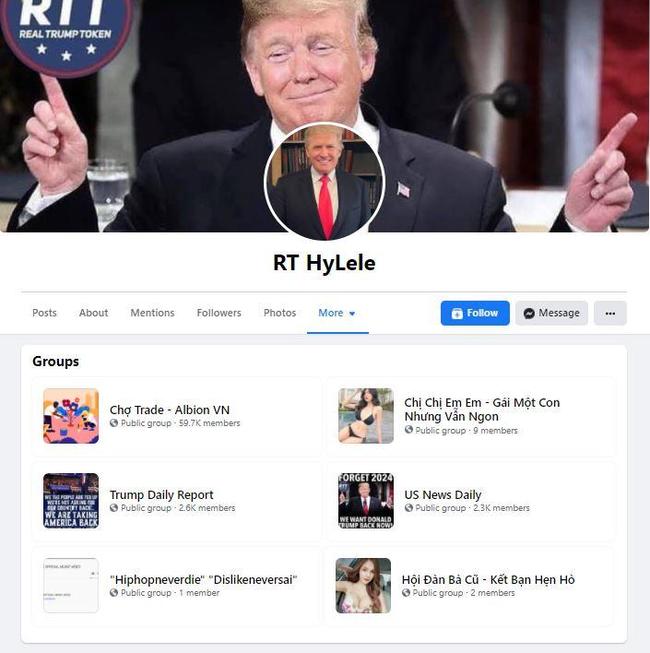