Did former President Donald Trump end President Joe Biden's antifa meeting with a riot and did Biden say "sorry" to troops and resign? No, none of that is true: This is a clickbait headline that is not supported by the video it purports to summarize. Biden did not meet with antifa, and Trump did not end the purported meeting with a riot -- it didn't happen. The purpose of this clickbait headline is to trick people into watching a lengthy monetized video and to draw people to the new Facebook group promoted in the post's captioning: "We Are Love Breaking News America."

The video featured in this post is from the One America News weekday broadcast of "Real America with Dan Ball" from August 24, 2021. The OAN video was recycled and broadcast on Facebook as if it were a live feed on September 7, 2021. The video was published by the page DannLu and deceptively captioned: 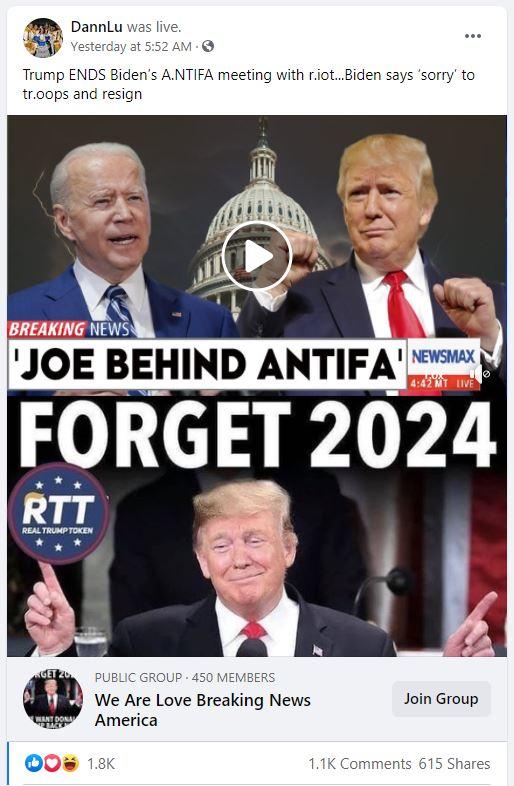 The post includes a prominent link to a new Facebook group "We Are Love Breaking News America," which was founded on September 6, 2021. The only administrator of the group is the page DannLu. That page is the administrator of three politically themed groups, including Trump Daily Report and US News Daily.

The page transparency for DannLu lists the page manager's location as Indonesia. The address and phone number listed on the page are actually for the Consulate of Vietnam in New York City. However, the photos and early videos posted to this page in 2019 suggest that the page once belonged to a young woman who participated in festivals and pageants in Soledad, Colombia. It is not clear how the page came to change hands. There is a gap between when the last video was posted by the young woman from Colombia on October 13, 2019, and when new video clips showing a patio with mopeds were posted on August 14, 2021. Later in the month, hours and hours of gaming live streams were uploaded before the page began posting political videos on September 6, 2021. 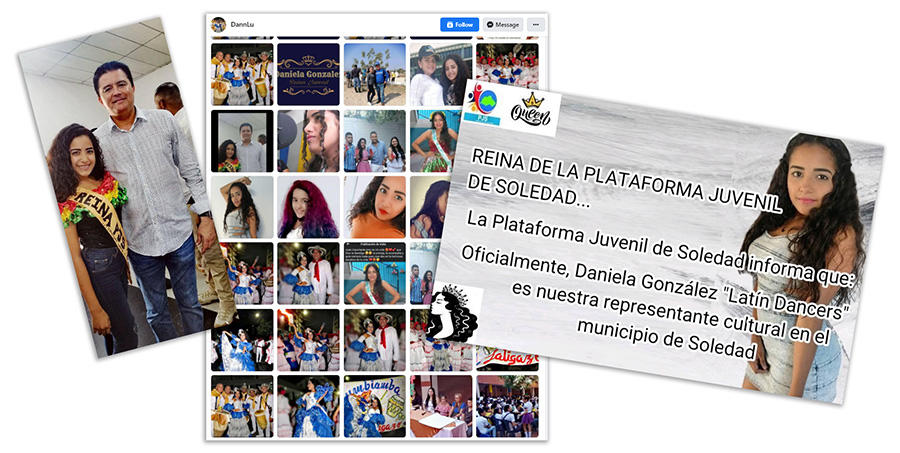 Lead Stories has recently written about other clickbait titles not supported by the video they are connected to: One said Biden was crying at a press briefing, another posted by DannLu said that House Speaker Nancy Pelosi had jailed Biden for making a joke about 9/11.