Is an image depicting an anti-Joe Biden band formation in a football stadium real? No, that's not true: This image has been digitally altered.

The claim appeared in a Facebook post (archived here) on October 16, 2021. The post, captioned, "Relentless lol," features an image of a packed football stadium of people wearing what appears to be red and white, and a band formation that reads: 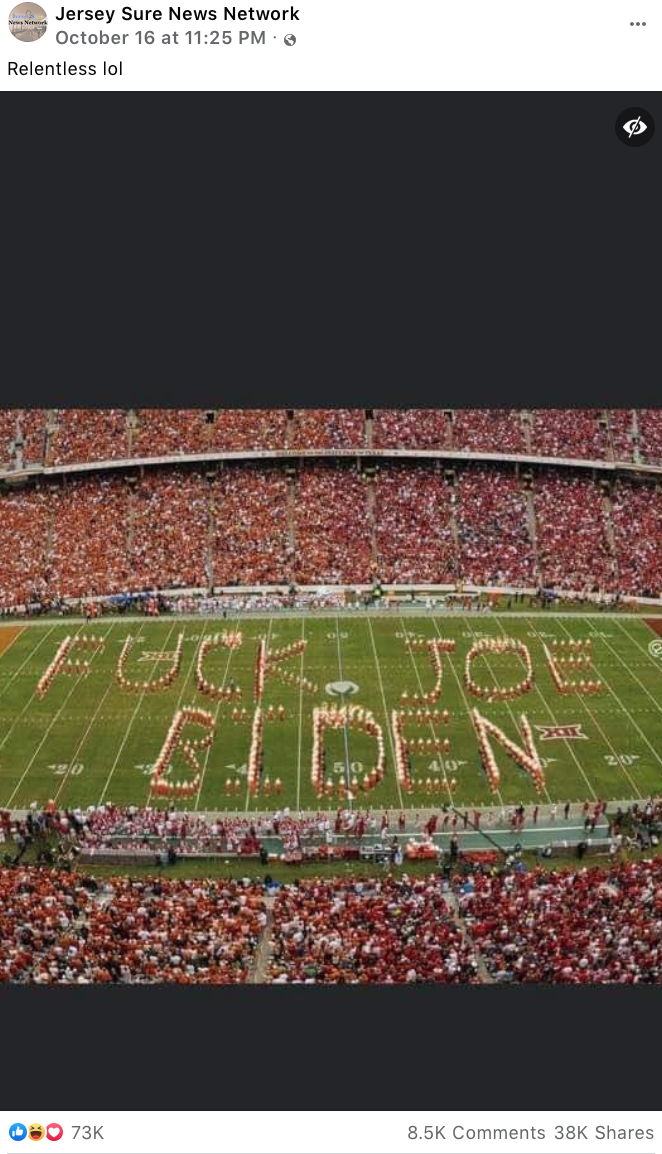 A TinEye reverse image search reveals that the original image was taken from a Dallas tourism website of the packed Cotton Bowl Stadium during the annual Texas/Oklahoma University football game. 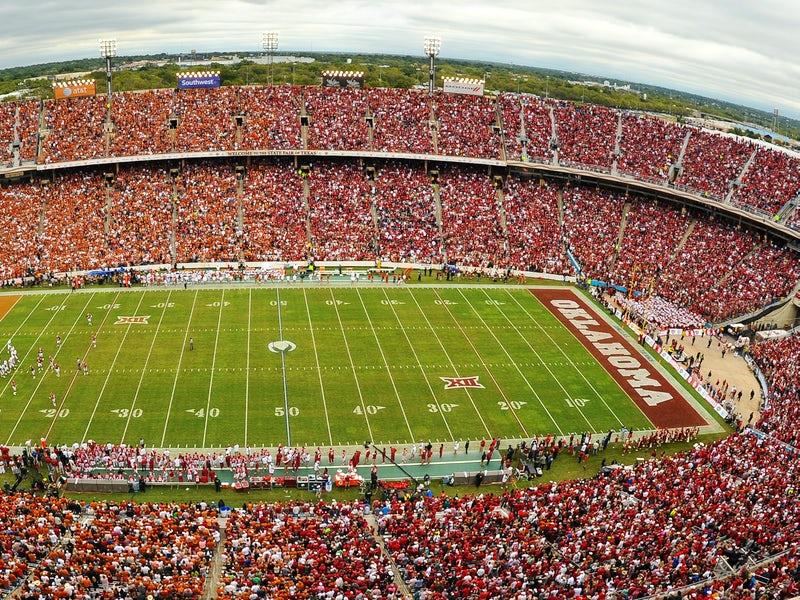 No image was located showing a band forming an anti-Biden slogan.