Did Rep. Marjorie Taylor Greene tweet that people should not be convicted on "flimsy" circumstantial evidence, such as "having a similar gait," "owning the identical shoes" or "being in DC and not having any alibi for that time"? No, that's not true: Greene's spokesperson told Lead Stories that the tweet was fake. There is no evidence that the tweet came from her verified Twitter account.

People can't really be convicted on such flimsy circumstantial evidence as "having a similar gait" or "owning the identical shoes" or "being in DC and not having any alibi for that time" can they?!

I don't recognize this America.

The fake tweet follows unsubstantiated social media posts claiming that Greene, a Georgia Republican, is similar to the person seen on video footage recorded on January 5, 2021. The person seen in the footage is a suspect for planting pipe bombs found on January 6, 2021, near the Capitol in Washington, D.C., and the surrounding area.

Here, here, and here are some social media posts of the claim in question.

It's a totally fake doctored image fabricated by deranged BlueAnon conspiracy theorists in the Democrat Party. 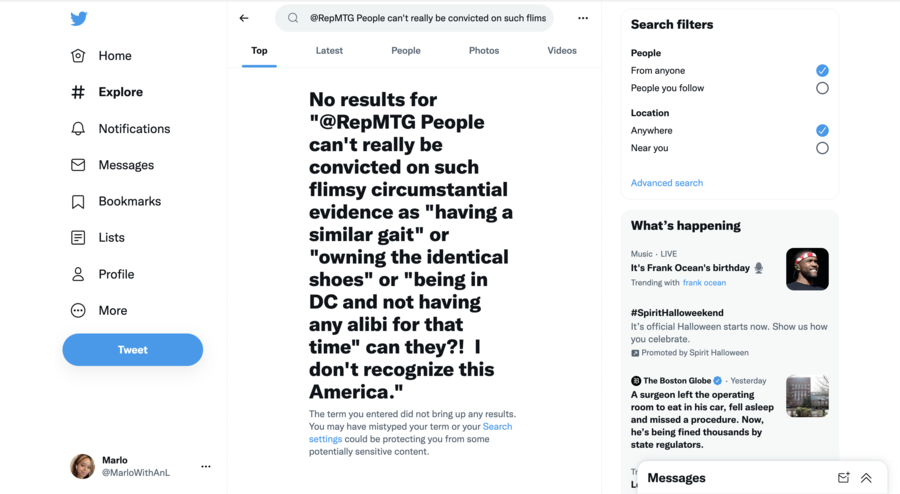 A Google search of the exact quote with Greene's name gave us no results besides this one, which is the fake tweet: 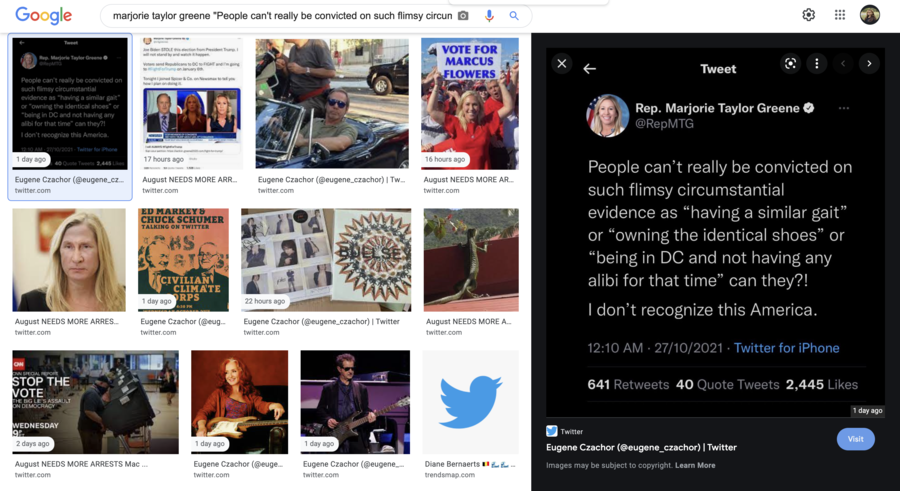 It's the same image of the fake tweet with the same number of retweets, quote retweets and likes as the tweet seen above.

A reverse image search of the fake Greene also found no results.