Since 2015 there has been a recurring prank/hoax to circulate the name of the comedian, "Sam Hyde" as the person of interest in the aftermath of real mass shootings. There is a photo of a man driving a gray vehicle that has been circulated online since at least 2015, the driver in the photo is sometimes identified as Sam Hyde. The photo was altered to change the color of the gray car to red to match the red color of the SUV that sped through police barricades and into the marchers in the Waukesha parade. A tweet posted on November 21, 2021, by @CaptainJenkem (archived here) was captioned:

This a a photo of the man who plowed his vehicle into the #Waukesha Christmas parade. Please spread this image to help identify this villian!

A reverse image search for the image brings up image matches that show the car's color was originally gray. The TinEye search engine allows the results to be sorted by date, and the TinEye crawler first encountered this image on November 12, 2015.

The photo appeared in an August 26, 2016, buzzfeed.com article titled "This Is The Hashtag Racists Use To Falsely Accuse Black People Of Looting." This article mentions the intersection of the lootcrew hashtag with the Sam Hyde prank.

The lootcrew hoax sometimes intersects with another troll tactic with roots on 4chan/8chan. As previously reported by BuzzFeed News, whenever there is a mass shooting trolls go on Twitter and falsely point the finger at a comedian named Sam Hyde. 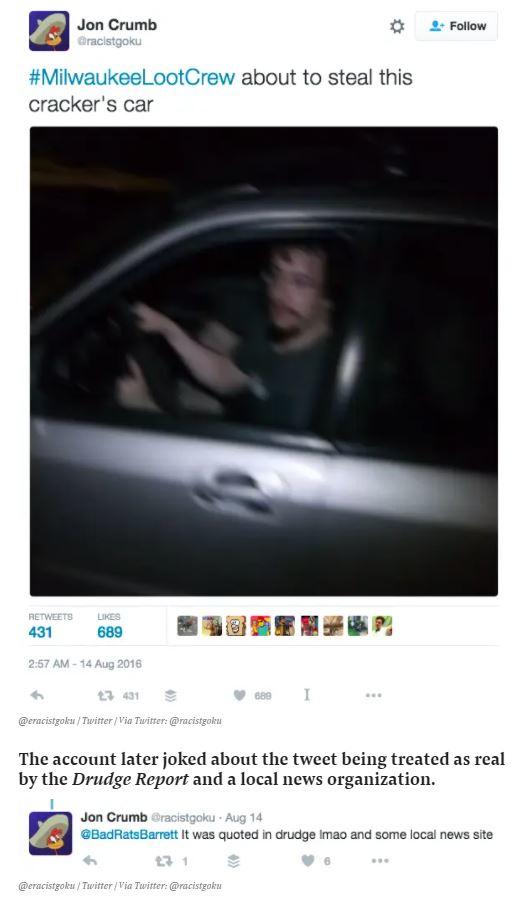 This image of the man driving the gray car was again used to make a hoax identification after a gray Dodge Challenger was driven into a crowd of counterprotesters in Charlottesville, Virginia, on August 12, 2017. 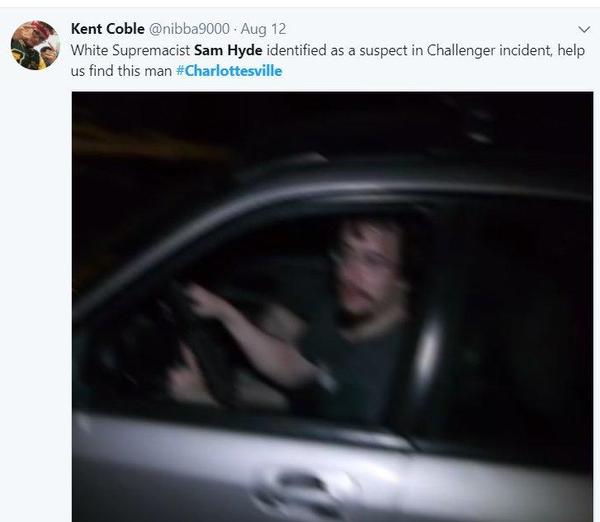 The name of this account that made this tweet "@CaptainJenkem" is possibly a reference to Captain Janks, the pseudonym of Thomas Michael Cipriano, a frequent guest on the Howard Stern radio show, who was known for making prank telephone calls during live newscasts, sometimes when tragic breaking news was unfolding.