Does a "Wheel of Fortune" clip depict a puzzle showing "BITC--- I- THE FUTURE" that is solved by a contestant saying "bitcoin is the future"? No, that's not true: The audio and image depicted in this video post have been altered to promote bitcoin via a cryptocurrency parody account

The claim appeared in a Facebook post (archived here) on September 29, 2021. It featured a 28-second low-quality video clip from what appears to be an episode of the gameshow "Wheel of Fortune." The image of the partially solved puzzle appears to read:

Bitcoin is the future 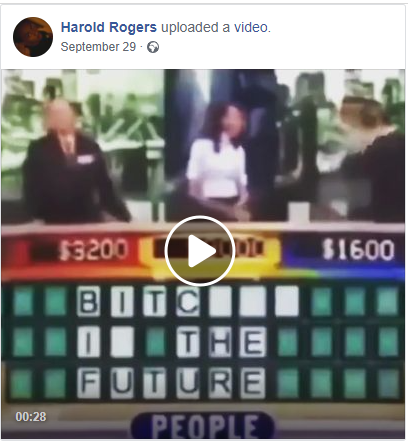 The Yandex image search also reveals an image taken from the actual "Wheel of Fortune" episode, which shows the puzzle with letters that do not match the letters in the clip posted to Facebook. The bottom right-hand corner of this image also shows the year is 1999, which means that the puzzle could not have read "bitcoin" as this form of cryptocurrency did not exist until 2009.

The actual clip from "Wheel of Fortune" has been shared since at least 2009, posted then as "Possibly the Funniest Game Show Answer Ever."

In the actual clip, one of the contestants tries to solve the puzzle by saying, "a group of pill-pushers," prompting peals of laughter from the audience and a reaction of bemused consternation from host Pat Sajak. Another contestant gives the correct answer, "a group of well-wishers."

A Google image search of the photo featuring 1999 displayed a highlighted link of keywords "wheel of fortune a group of pill pushers." 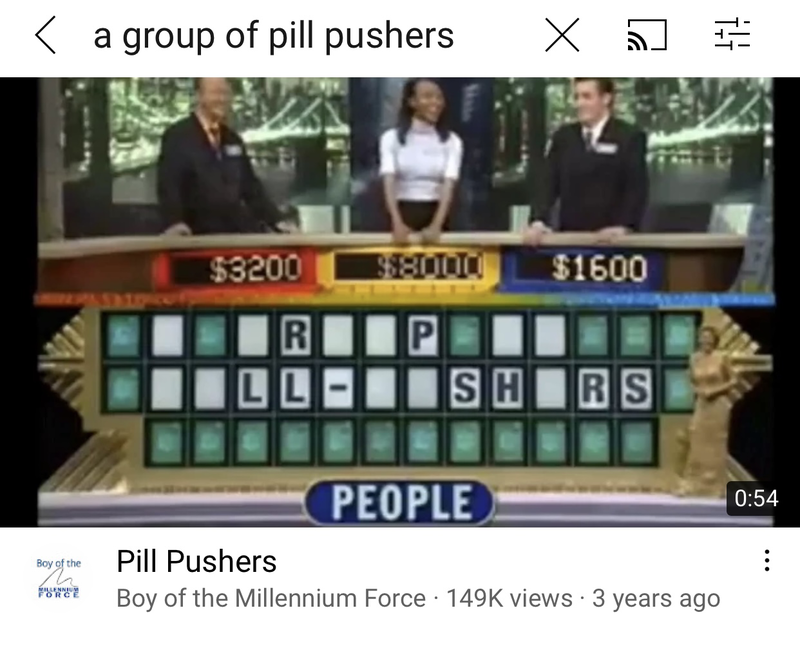