Are there only 23,600 planes on Earth today? No, that's not true: A Federal Aviation Administration (FAA) spokesperson told Lead Stories that there are 287,950 aircraft registered in the U.S. alone. There are also 53,890 aircraft in the world's militaries. Commercial aircraft alone account for 26,900 planes in service as of 2018. 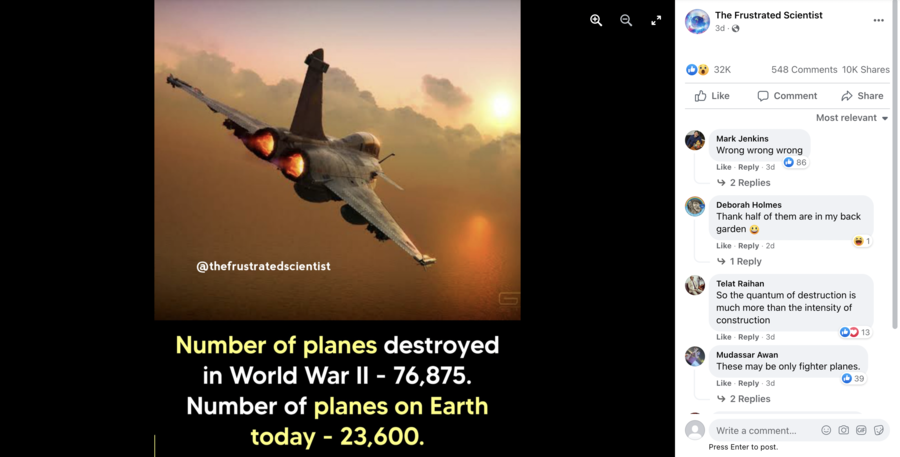 The post cites no source for its numbers, and according to various reputable sources the number of planes on Earth today is far greater than 23,600.

According to a December 14, 2021, email from a spokesperson at the FAA registry, there are 287,950 registered aircraft in the United States as of December 3, 2021. There are other aircraft besides planes (blimps, helicopters, etc.), but a majority of the aircraft registered with the FAA are airplanes.

Per a Flight Global report titled, "World Air Force 2020," pages 8-9 show that the world's militaries have 53,890 aircraft in their air force fleets.

A separate analysis from Flight Global article that there were 26,900 commercial aircraft in service as of 2018.