Are condoms marketed for repeated use? No, that's not true: Condom makers are not manufacturing or recycling their products to be used more than once. The social media posts appear to be satirical. One entry suggests Durex brand prophylactics are reversible so they can be used twice. Another post offers "pre-used" Trojan condoms that have been "triple-washed & sanitized." 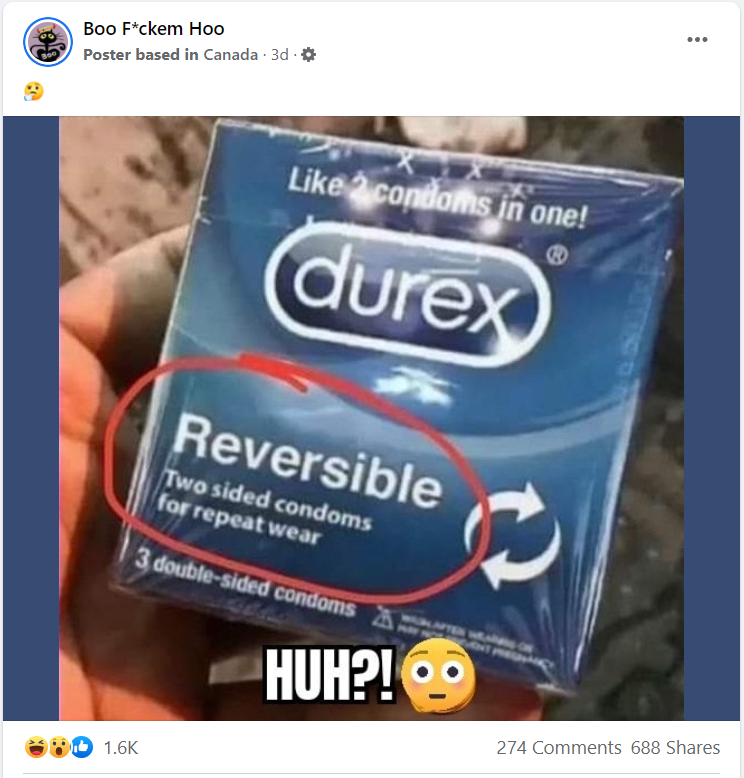 In a January 7, 2022, email to Lead Stories, Reckitt, the parent company of Durex, said consumer safety is their top priority:

We are aware of fabricated imagery and false reports stating that Durex has created a reversible condom. Durex condoms are designed to be used once and disposed of - incorrect use diminishes the protective effect of condoms by leading to breakage, slippage or leakage.

A second claim appeared in a Twitter post (archived here) on February 14, 2020, under the title "Something special for tonight 😍" The image shows a box that says:

Something special for tonight 😍 pic.twitter.com/tKMWyNchEm

The faux Trojan product is a digitally manipulated image posted to the account of Adam Padilla, who goes by adam.the.creator on Twitter. His profile includes the line "I meme therefore I am." A quick check of his posts shows a long string of satirical images, including one for another fake Trojan product:

Now we'll always be together pic.twitter.com/32K8qYThe9

Lead Stories checked the Trojan Brands website to see if it was selling "pre-owned" condoms but found no such listing. A Google reverse image search shows both fake images (Trojan and Durex) were widely shared on social media.

Lead Stories also reached out to Trojan for comment and will update this story if they respond.