Do COVID-19 vaccines contain 81 strands of bacteria and HIV? No, that's not true: A video showing a masked woman making false claims about COVID vaccines is an altered audio-and-video package from a real interview done by VICE Media with a medical professional, then dubbed over with audio from a Canadian organization that published an interview with a "natural doctor." Experts from UCLA and the University of Southern California told Lead Stories that the vaccines do not contain bacteria or HIV and debunked other false COVID vaccine claims in the video.

The claim appeared as a video (archived here) published on Facebook on January 9, 2022. The audio opened in the middle of a sentence:

... doctor, and I have 1,600 patients, many are vaccinated, just to give you a little bit of back story about my credibility. 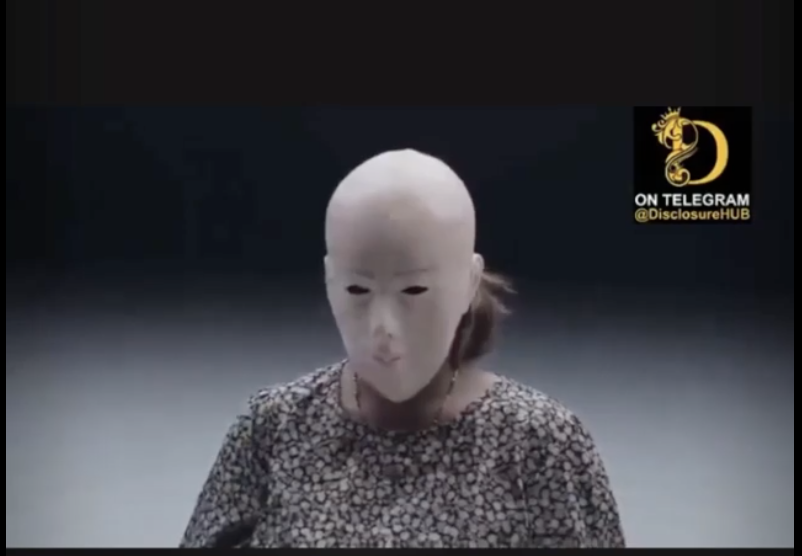 The 4:43 video is a mashup of video from a legitimate interview VICE Media did in October 2020 with a doctor with the National Health Service in England who described her experience working during the pandemic while she was pregnant. That video can be found on YouTube here. That doctor did not want to be identified and wore the mask to conceal her face. Her accent seems to be British. She did not speak about COVID vaccines during any point in the 5:45 VICE video. Her audio was not used in the video posted to Facebook.

The audio is from Canadian organization Together As One titled "Natural Doctor Video" and has no images. The website states the reason the speaker is not seen on camera is that "At present, the Natural Doctor is not ready to 'go public' but the moment she does, we will create a follow up video with any and all material that we can shared. Please stay posted on our platform for further news." The voice could be Canadian based on pronunciations in the video. The T.A.O. Facebook page states their mission:

T.A.O - "Together As One"- is a platform already created for Canadians & Citizens of the world who are ready to join a bigger movement to stop our government's tyranny. This group is to educate and discuss topics that are occurring and to unite us all to stand up for our Rights & Freedom.

The manipulated video was published on several social media sites such as Telegram and on the website Bitchute with the headline, "ANOTHER DR TRIES TO WARN US. WILL YOU HEAR HER?" Lead Stories has debunked multiple false claims published by Bitchute here.

The video appears to edit out text messages that appear on the screen but do use several, including a message at 4:21 that reads, "THE GOVERNMENT HAVE LIED TO US," which is the same message that appears on the original video at 5:09. In the original audio the voice of the person speaking matches the message. However, on the altered video the audio does not match and does not say, "The government have lied to us," a British grammar form using the plural for government.

The "natural doctor" speaking on the altered video makes several false claims about the COVID vaccines.

The first vaccine as it goes into your body it has a small amount of saline and a bunch of ingredients that are very catastrophic to your cellular system. What that does to your immune system, which is your bone marrow, your thymus gland, your spleen and all other systems associated with your immune system, it decreases the ability to produce white blood cells by 50% from your first vaccine.

The booster has 81 strands of foreign bacteria that your cells have never come across. You don't have the antibodies to fight it.

Then you get your second booster. What the second booster has, it has eight strands of HIV and now what that does it completely shuts off your ability to make white blood cells. And if you google what that disease is, it is HIV.

Rita Burke, associate professor of clinical population and public health sciences at the University of Southern California, told Lead Stories via email on January 20, 2022, that the claims are false. She shared the list of ingredients found in the Pfizer-BioNTech, Moderna and Janssen vaccines. None contain HIV or bacteria. She explained:

Vaccines are meant to protect and therefore, would not contain ingredients that would get someone sick with another disease, such as HIV or foreign bacteria.

UCLA virologist Dr. Otto Yang told Lead Stories by phone on January 20, 2022, that the COVID vaccines do not have bacteria or HIV in them:

What if you said that Burger King burgers are made with cat meat, you know? I mean, how do you respond to that? All you can say is no, they're not. I can't even think of any sort of reason to come up with that. I can't even put together leaps of logic that would support that.

You can think of both types of vaccines as basically very defective versions of the actual virus itself. And so what you're doing is putting the immune system through the normal paces of what it would do if it were exposed to SARS-CoV-2, and that involves B cells that make the right antibodies expanding and T cells that recognize infected cells expanding against the vaccine.

On the claim of the bacteria in the vaccines, Yang said that also made no sense:

The only connection to bacteria is that the RNA is made in bacteria. I believe it's the standard E. coli strain that's used by everybody for research which is a fairly weak strain of E. coli that we use basically as the bacteria is being used as an RNA factory. So you put the DNA that encodes for the RNA you want into the bacteria. And of course, it's normal. When you have DNA to make RNA copies off that because the RNA is to make the protein. That's the normal process in a cell including in a bacterial cell. And so the E. coli basically serve as the RNA factory producer and so they're made in these huge vats. And then the RNA is purified out of the E coli. There's one strain of bacteria and it doesn't make it into the vaccine because there's this stringent purification processes.

That would be the only connection and there clearly is no bacteria. There are 81 different bacteria. And none of the E. coli makes it into the vaccine because it undergoes all of this really stringent purification.

Once they make you so that your immune system can't make white blood cells anymore, you become dependent on the boosters to survive.

Burke told Lead Stories that is not what the COVID vaccines do. She pointed to a link from the Centers for Disease Control and Prevention titled, "Understanding How COVID-19 Vaccines Work."

What the vaccine does is generate an immune response by expanding our disease-fighting cells, B-lymphocytes, so that the next time we are exposed to COVID, our immune systems are able to recognize the disease and fight off the infection.

At 4:21 in the video the voice makes a false claim about the animals that were used in vaccine trials:

Every single animal that participated in the study for any of these vaccines had a 100% death rate.

Fullfact.org debunked this claim in an April 2021 article titled, "Covid-19 vaccine did not kill every animal it was tested on":

The post appears to be a screenshot of an online article which makes a number of incorrect claims. The study this particular claim is based on was about severe acute respiratory syndrome (SARS) and published in 2012. It did not focus on Covid-19 vaccines, or even use the same technology that underpins the vaccines currently being used against Covid-19. And even in this study, the animals were euthanized--they did not die in the ways described in the post.