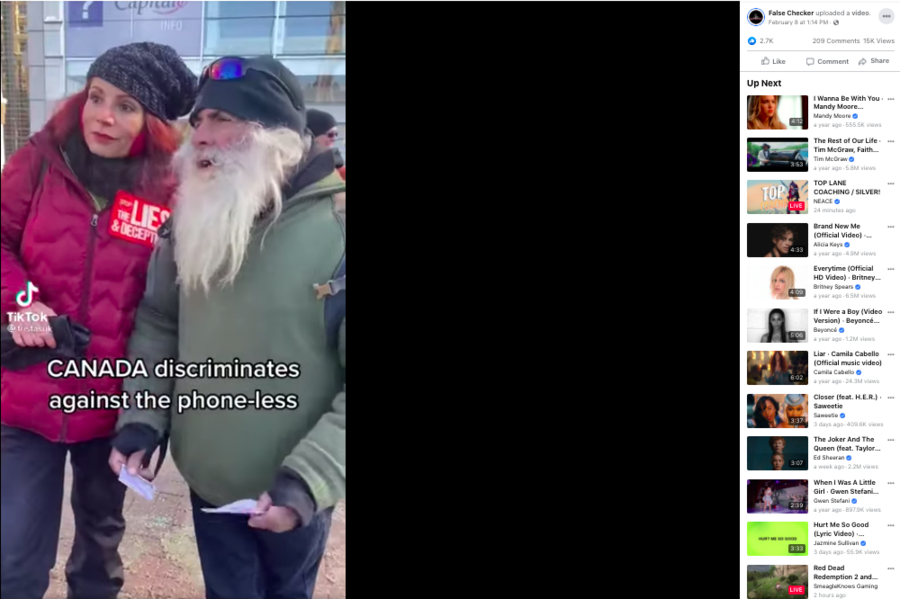 The man with the beard says he went to "see a movie at a cineplex that reopened today. When I walked in there I gave 'em my passport with the three vaccines and a flu shot." He holds up a piece of paper that has the words Ontario clearly visible and says, "plus all the id they wanted." He says he was told he needs a "q code." The woman standing next to him in the frame of the video interjects, "He needs a QR code."

Lead Stories contacted the media relations department at Health Canada and the Public Health Agency of Canada. They emailed on February 17, 2022:

The federal government is not responsible for the issuing of QR codes as proof of vaccination. The QR codes are issued by the provinces and territories, who are responsible for immunization of their respective populations. The video you refer to shows the person holding a document from the province of Ontario.

The media relations department for the Ontario Health Department provided Lead Stories links to press releases but did not comment in emails on February 17, 2022, and February 18, 2022.

This Ontario webpage says you can "call the Provincial Vaccine Contact Centre ... to have your enhanced vaccine certificate emailed or mailed to you." Residents can show either an electronic or paper copy along with a piece of identification with their name and date of birth.

People with no access to computers and printers can print paper copies for free at public libraries, according to the CBC.

A press release from the office of Ontario Premier Doug Ford on February 14, 2022, says Ontario will lift proof of vaccination requirements for all settings on March 1, 2022.