Is a man named Samuyil Hyde the mysterious pilot known as the "Ghost of Kyiv"? No, that's not true: at this point in time it is still uncertain if the rumored pilot said to have downed six or more Russian planes over Ukraine even exists. But even if he was real his name wouldn't be Samuyil Hyde because the post making the claim was using a photoshopped image to continue the long-running internet gag of putting comedian Sam Hyde at the center of various violent events.

Ukrainian fighter-ace known as the 'Ghost of Kyiv's real name is Samuyil Hyde, a 36 year old who was identified as the Mig-29 Pilot accredited with downing 6 Russian Jets. #Ukraine #UkraineInvasion #ghostofkyiv 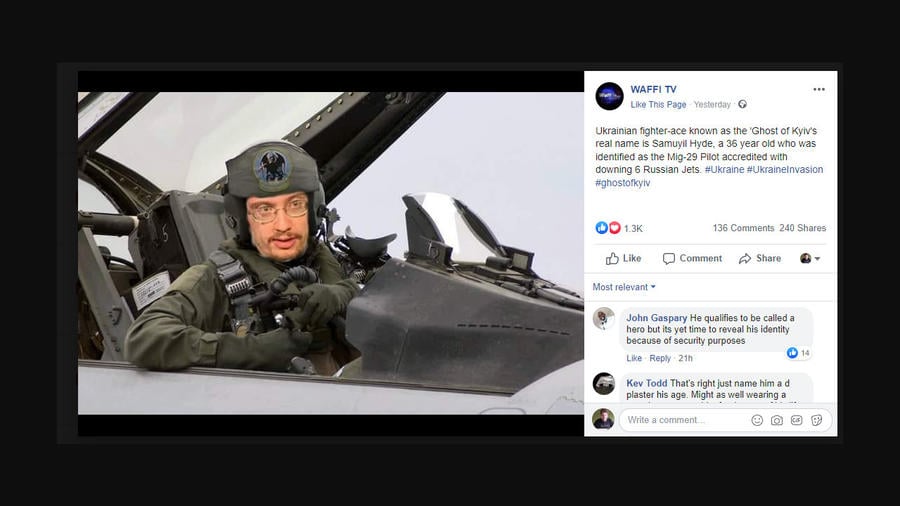 At the time of writing it is not clear if the rumored "Ghost of Kyiv" actually exists. Analysis from military journalism website Task & Purpose found the stories told about the pilot likely were fiction:

As Russian missiles burned across the horizon and military aircraft prowled the skies above Kyiv, digital whispers of a lone airborne hero among the Ukrainian resistance began to emerge online. His name and his history are shrouded in mystery, but his exploits are already the stuff of modern military lore: that, with six air-to-air kills, the heroic pilot of a Ukrainian MiG-29 became the first air combat ace over European soil since World War II.

'Russian warship, go f-k yourself' -- Ukrainian troops make heroic last stand on Black Sea island
They call him 'the Ghost of Kyiv' -- and despite thousands of digital prayers to the contrary, he is in all likelihood a work of fiction.

The manipulated photo accompanying the claim actually shows American pilot Seth Nehring in an F-16 Fighting Falcon but with his face edited out and replaced with Hyde's. The image appeared in an Air Force Times story reporting about Nehring's tragic death in 2018 while flying an Ukrainian Su-27 aircraft: 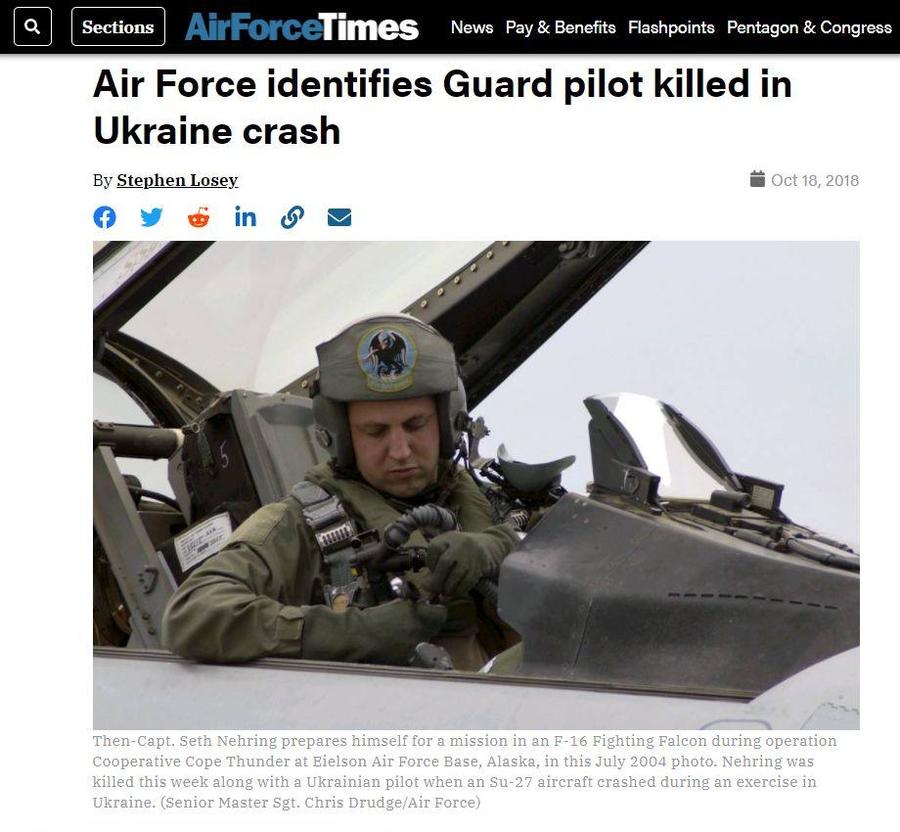 Blaming right-wing comedian Sam Hyde of being the suspect after a mass shooting is a strange Internet in-joke that has been going on for years.

So even if we don't know if the "Ghost of Kyiv" is real or not, we can be nonetheless confident his name is not Samuyil Hyde.