Did a recent video published on TikTok and other places, showing red tracers going up in the sky and a missile impacting, depict events in Ukraine? No, that's not true: The video dates back to January 13, 2022, and shows a C-RAM system engaging a missile near Baghdad's Green Zone and an impact followed by an explosion.

The video originally appeared in a TikTok video from a (now deleted) account named @orte4k but was republished here on TikTok (archived here) late in February 2022 with captions indicating the events took place in Ukraine. This is what the video looked like: 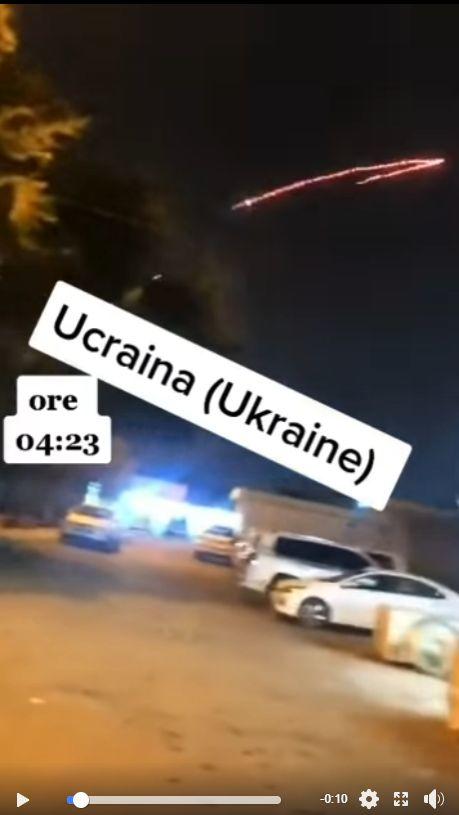 In reality, the video shows an incident that took place on January 13, 2022, in Baghdad, Iraq: