Do these photos prove someone found nanotechnology in Pfizer Comirnaty COVID-19 vaccine? No, that's not true: The claim is based on use of a home microscope that could not see nanoscale items, which are one-billionth of a meter across. The claim provides none of the customary scientific reporting that would prove the origin of the material in the photos, that would document that these are not photos of any other material nor that would document that what is shown is nanotechnology.

For those who just want the short story: Here's the picture of one drop of New Zealand's Pfizer COMIRNATY 'vaccine' under a cover slip, after it was inadvertently heated lightly, and viewed the same day through dark field microscopy at low magnification, projected onto a TV monitor.

This is what the article looked like on Principia Scientifica International at the time of writing: 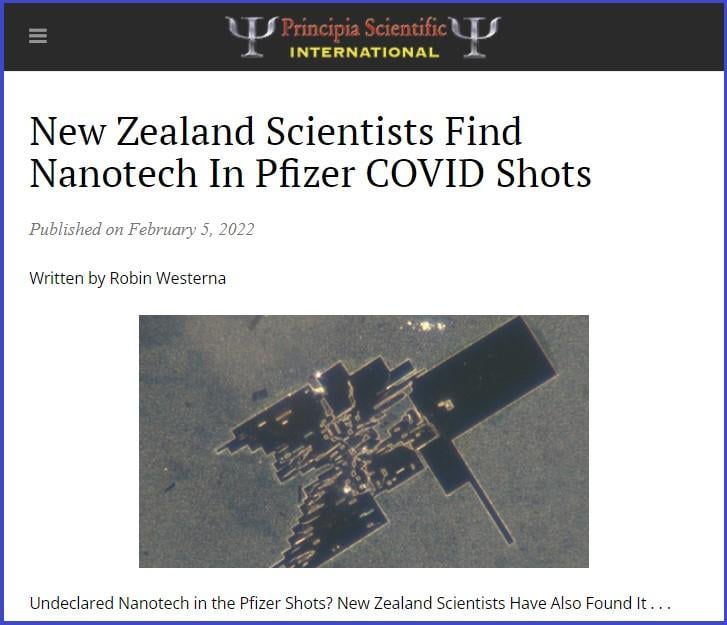 The Food and Drug Administration, which provides multiple lab assays cross-checked by independent scientists, has directly addressed claims about microscopic technology in vaccines, saying there is none:

Similarly, Pfizer refers questions about nanorobots, trackers and other materials to the findings of both the FDA's lab analysts and to the peer-reviewed safety study published by the New England Journal of Medicine, reporting on examination of the ingredients and on the effects of the vaccine on more than 40,000 volunteers.

The claim rests on a series of assertions made with no supporting information to allow independent verification.

Unverifiable Claim: "Here's the picture of one drop of New Zealand's Pfizer COMIRNATY 'vaccine' under a cover slip"

Unlike a formally published report, which would show the chain of custody of the purported sample to prove what it is, this report just declares it is Comirnaty with no means of independent substantiation such as lot numbers or other identifiers.

The article, attributed to a New Zealand blogger named Robin Westenra, adds, "I trust the source of the shots 100 percent." Fundamental to the use of unnamed sources is the burden on the journalist to at least characterize the source's position/expertise as well as the nature of threatened retribution that requires them to be unnamed. In this case, the means by which the purported source got the purported samples would indicate if the vials had been protected from contamination.

Impossible Claim: That a home microscope can see objects at nanoscale.

The claim includes the assertion that a dark field microscope was able to capture images of nanoscale structures in a purported sample of Comirnaty and that others concerned about nanotech additives should find samples and look at them under their home microscopes.

Leica, for instance, makes a dark field microscope, but it's advertised as suitable for examining crystal structures in steel and 5- to 10-micron graphite nodules in cast iron, not nanoscale viewing of items approximately 1,000th the size of graphite nodules. Objects made at nanoscale are smaller than the wavelength of light. Engineers and scientists working at nanoscale use scanning electron microscopes, not microscopes with glass lenses.

Unverifiable Claim: "I am a physician in good standing, having a background in mathematics and physics from university"

The claim rests, in part, on the writer's assertion that he has the credential/authority to interpret the images. But no medical school name, college name nor physician's license number is provided. Google search, which routinely returns multiple working links for any living physician, from licensure to office contacts to educational background, turned up no such information for Westenra. Nothing on the blogger's "About" page supports the claim he is a physician nor even mentions it. 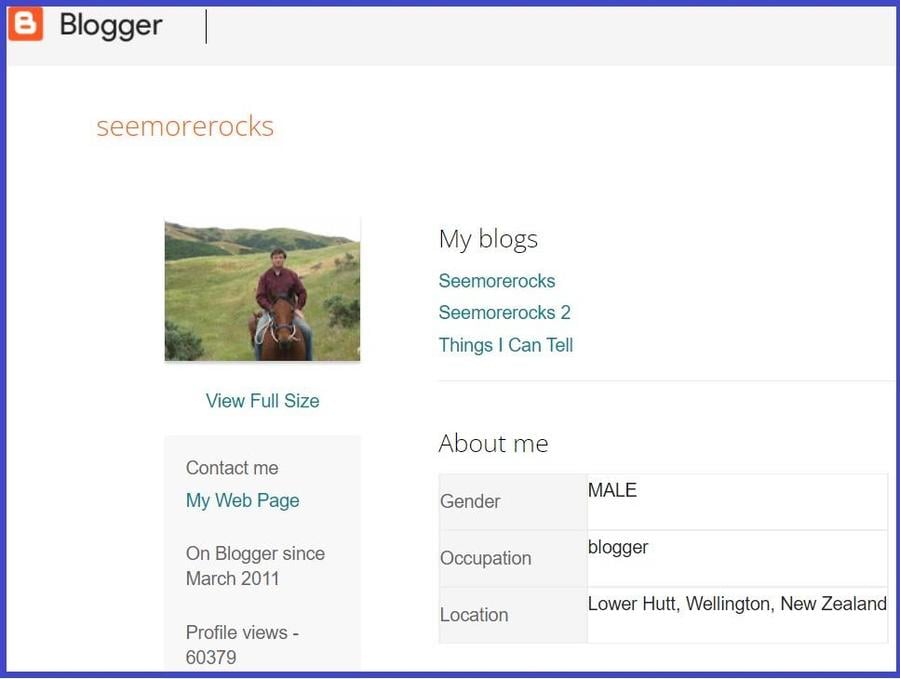 Unverifiable Claim: "The following images are from the slide which had one drop of fresh human blood mixed with one drop of vaccine liquid."

Without lab-standard reporting on methodology, sources of samples, source of human blood and elapsed time from mixing to photograph, the image is the equivalent of hearsay evidence, relying on one person's claims but with no independent witness or documentation to substantiate that it is what it is described to be.