Did Chief Justice John Roberts get arrested? No, that's not true: There is no evidence that Roberts was arrested as of February 14, 2022. The video in this Facebook post does not mention Roberts once. The caption of the post also misspells Roberts' name. 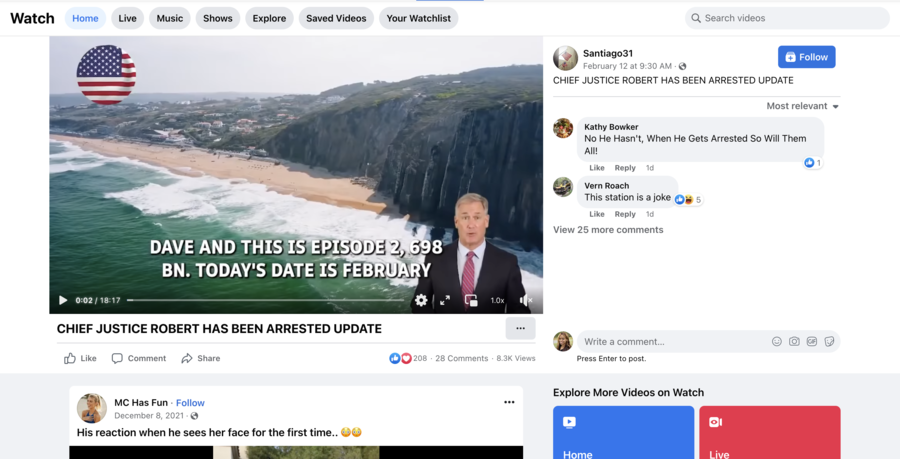 No reputable news outlet has reported on this alleged Roberts arrest, as of February 14, 2022. The Facebook video does not mention Roberts once, mostly discussing disinformation and QAnon theories.

Lead Stories has reached out to the Supreme Court for a comment on this claim. We will update this story if they respond.