Did Nobel Laureate Luc Montagnier say people fully vaccinated and boosted for COVID-19 should be tested for AIDS and then sue their government? No, that's not true: The prominent French virologist, who died on February 8, 2022, did say some controversial things in recent years, but he did not say this. In addition, a Johns Hopkins University School of Medicine professor said there's "no scientific basis" for the statement.

The claim appeared in a Facebook post (archived here) on February 10, 2022, under the title "He died yesterday 🤨 PLEASE read the articles in 'COMMENTS' 👉🏾👉🏾 Nobel-Prize-winning virologist Dr. Luc Montagnier understood exactly what is happening. He knew that this was worldwide bioterrorism (Re - C19) 👈🏾👈🏾." It opened:

'If you have taken the third dose, go and take a test for AIDS.'

'Then sue your government!' 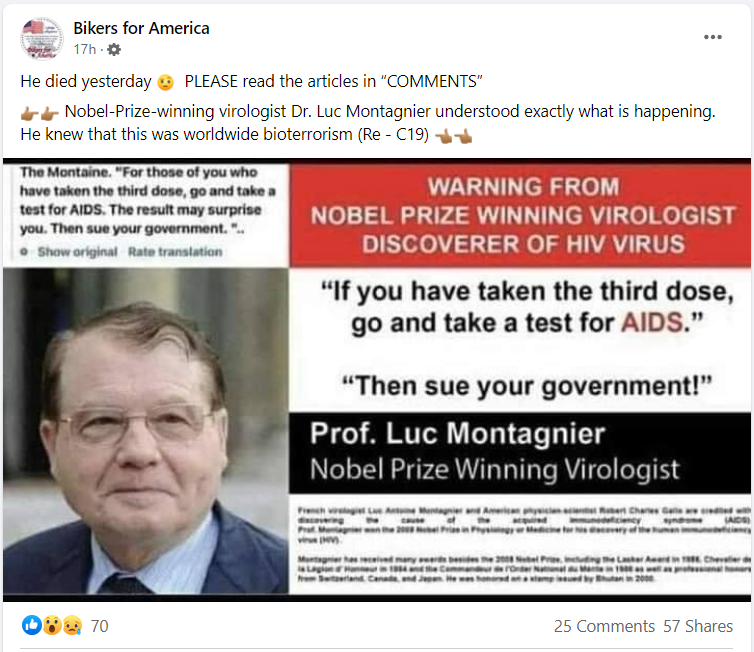 A Google image search shows the same graphic with Montagnier circulating on social media, primarily on Twitter. In the upper left-hand corner of that image is what looks like a translated tweet. It says:

The Montaine. 'For those of you who have taken the third dose, go and take a test for aids. The result may surprise you. Then sue your government.'..

Lead Stories can find no evidence of an original, untranslated tweet that matches the English version, but we did find it elsewhere. It appeared on two different meme-generating websites -- America's best pics & videos and iFunny. All the memes include the same image of Montagnier. Here's one of them as it appeared on iFunny on February 11, 2022: 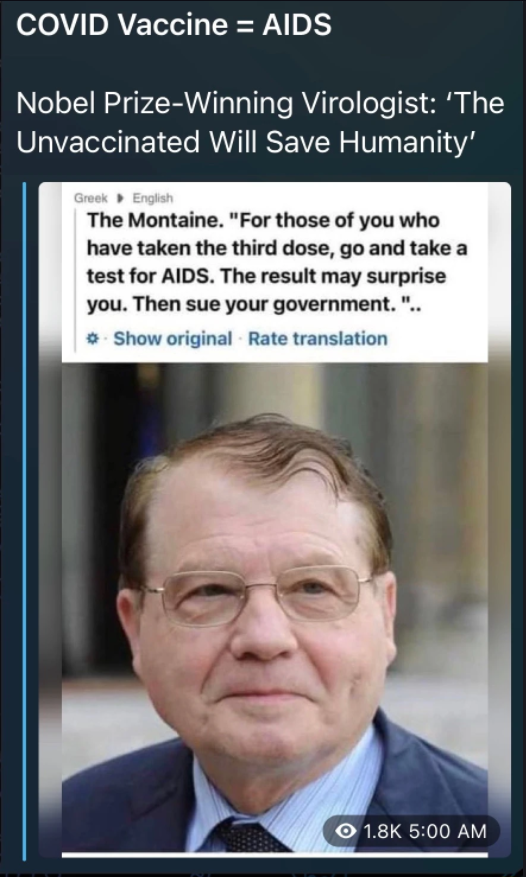 If the tweet included at the top of the meme is legitimate, there's no way to know for sure who it's from, because the account information has been cropped out.

In a February 11, 2022, email to Lead Stories, Stuart C. Ray, M.D., professor of medicine at Johns Hopkins University School of Medicine, said people vaccinated for COVID are at no risk of getting AIDS from the shot or booster:

There is no scientific basis for even speculating that the authorized and approved vaccines to prevent COVID-19 could cause AIDS.

Even before his death, Montagnier was linked to other false claims by COVID skeptics and anti-vaccine activists. Montagnier was an outspoken opponent of coronavirus vaccines. He said he feared they could cause antibody dependent enhancement (ADE) and would result in new variants of the virus. In May 2021, Lead Stories debunked social media reports that he said all vaccinated people will die within two years. One Facebook post (archived here) was published on May 22, 2021. This is how it looked on February 11, 2022: 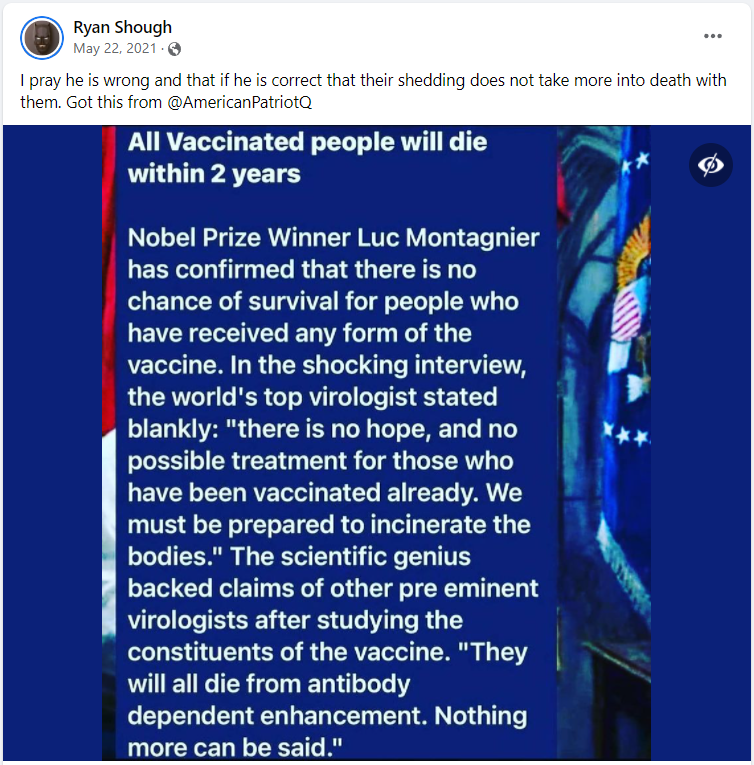 Lead Stories has previously debunked stories with claims that COVID or COVID vaccines can cause AIDS (here, here and here).