Did the Canadian government leave a dumpster full of rocks in downtown Ottawa to provoke violence during the "Freedom Convoy" protests? No, that's not true: The owner of the company that owns the dumpster confirmed with Lead Stories that the dumpster and its contents were only there for a client's construction needs.

The claim appeared in a Facebook post (archived here) published on February 9, 2022. It featured an image of a dumpster full of rocks. Text around and over the image read:

If anything happens cause of these rocks, its 100% orchestrated

The image seems to be a screenshot from a video that has appeared on TikTok displaying on-the-ground footage from the ongoing Canadian "Freedom Convoy," which involves protesters demonstrating against COVID-19 vaccination mandates for truckers and the general public. Although the video claims that there is more than one dumpster full of rocks, it only shows one dumpster. Therefore, this fact check will focus on the dumpster featured in the video. 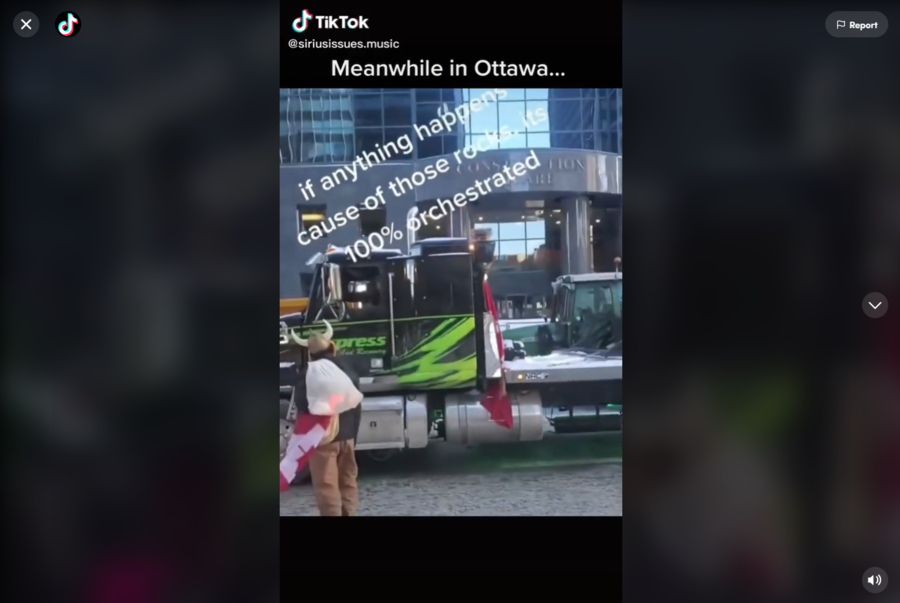 When we delivered the bin, it was empty, and the contractor is doing concrete work. The dumpster was ordered from our client with no intent at all of any malicious happenings.

Although Benson declined to tell us any identifying information about the company's client, he said that the government was not involved and that the dumpster was at the location on a regular basis. However, once Mr. Dumpster found out about the claim, it removed the dumpster on February 6, 2022. A fact check from AFP that examined this claim stated that one of AFP's reporters visited the location of the dumpster on February 10, 2022, and did not see it there:

Lead Stories also reached out to the Ottawa Police Service for more information and will update this story if they respond.

Other Lead Stories fact checks about the "Freedom Convoy" can be found here.