Did a crisis actor blow their cover in Germany and forget that they were on TV? No, that's not true: The man moving on the ground in a video was an activist protesting climate change at a demonstration in Vienna, Austria -- not in Germany. 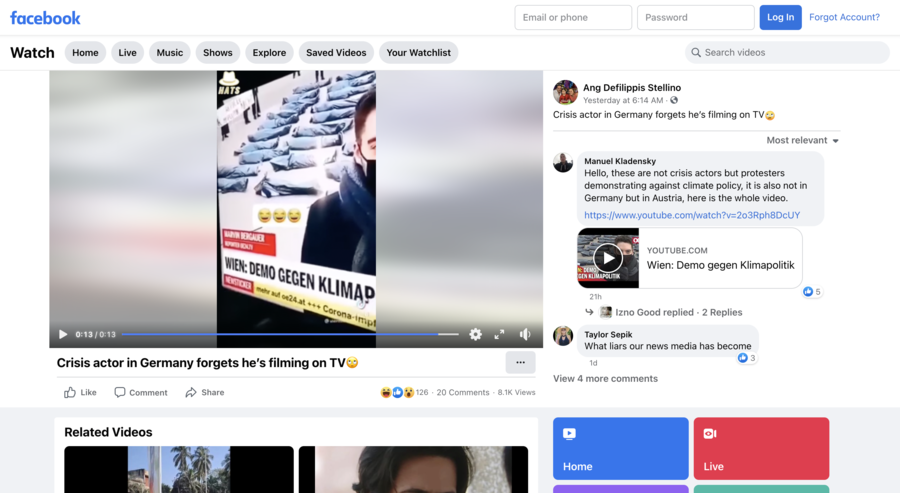 While the claim does not elaborate on "crisis actor" or offer any speculation or explanation about the scene, it does confuse the setting in Austria with Germany.