Does a Facebook video show Ukrainian citizens destroying Russian tanks with Molotov cocktails in the capital city of Kyiv? No, that's not true: Instead of being from the February 2022 Russian invasion of Ukraine, the minute-long video shows anti-government protests from 2014. The armored personnel carriers (APC) that were set on fire belonged to riot police. Known as Kyiv in Ukraine, the Russians call the city Kiev.

The fiery confrontation took place during Euromaidan, a wave of demonstrations and civil unrest in Ukraine that began in November 2013 and continued to February 2014. The Facebook video is one of many on social media showing a hail of Molotov cocktails raining down on Ukrainian riot police, not Russian forces. At least two other videos Lead Stories was able to find portray the same encounter from other angles. This one (archived here) titled "Protesters burned APC using molotov cocktails (ukraine)(Maidan Nezalezhnosti)" was posted to YouTube on February 20, 2014:

Another video posted to YouTube in Russian shows an APC buried under a flaming shower of Molotov cocktails. This video (archived here) is titled "КОКТЕЙЛИ МОЛОТОВА ЛЕТЯТ В БТР НА МАЙДАНЕ [MOLOTOV COCKTAILS ARE FLYING INTO APCS ON THE MAIDAN]" and was also published on February 20, 2014: 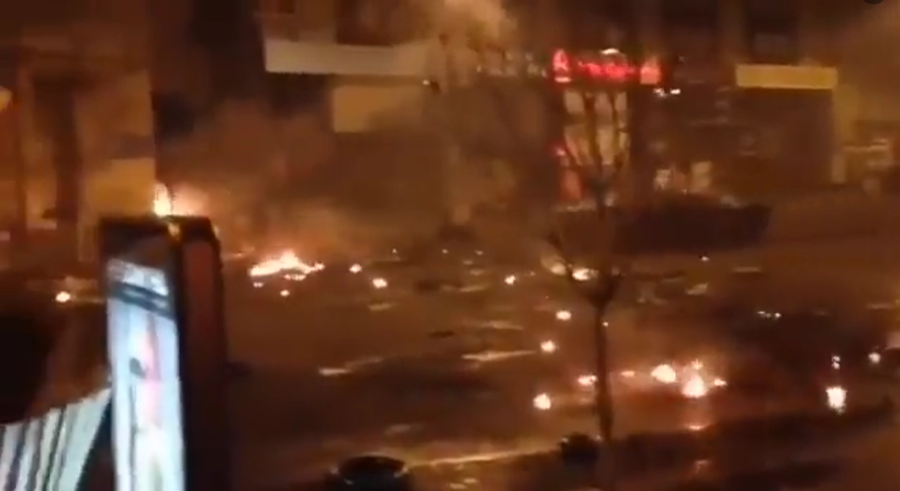 This image is from about 45 seconds into the "Protesters burned APC using molotov cocktails (ukraine)(Maidan Nezalezhnosti)" YouTube video from 2014: 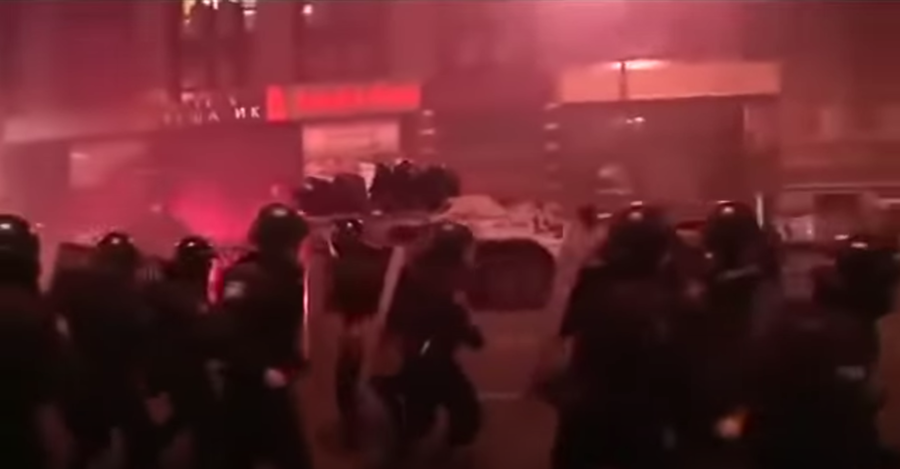