Does this post show a photo of children and Ukrainian troops during the 2022 Russian invasion of Ukraine, and could it be Time magazine's "photo of the decade"? No, that's not true: The image seen in the post was taken in 2016 during an anti-terrorist operation in Ukraine -- not in 2022.

I'm not sure they know it yet, but Time's photo of the decade. Maybe century should it lead to the fall of the Putin regime. 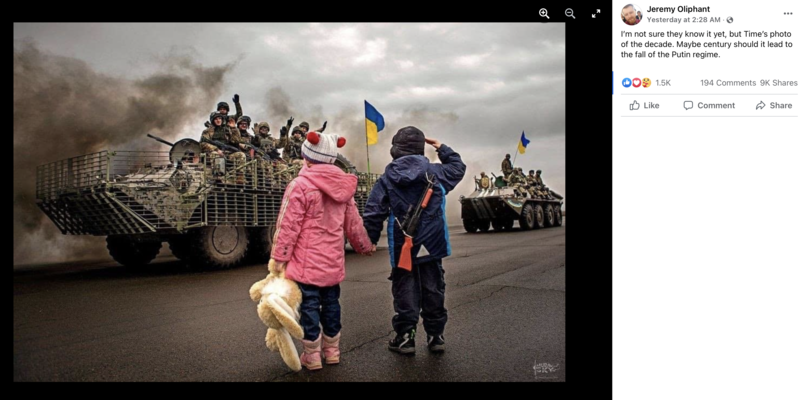 The author of this post did not provide any verification of the origin of this photo.

A TinEye reverse image search revealed that this photo was published as early as 2016, with the most often cited being this March 23, 2016, post published by Ukrainian journalist Dmitrij Gordon, who titled this series of photos:

'Children of war'. The Ministry of Defense showed pictures of children and the Ukrainian military. Photo gallery

The clearer version of this image, which has a logo in the bottom right-hand corner, can be seen in this May 13, 2016, Flickr post on the Ministry of Defense of Ukraine's page. The description of this photo reads: 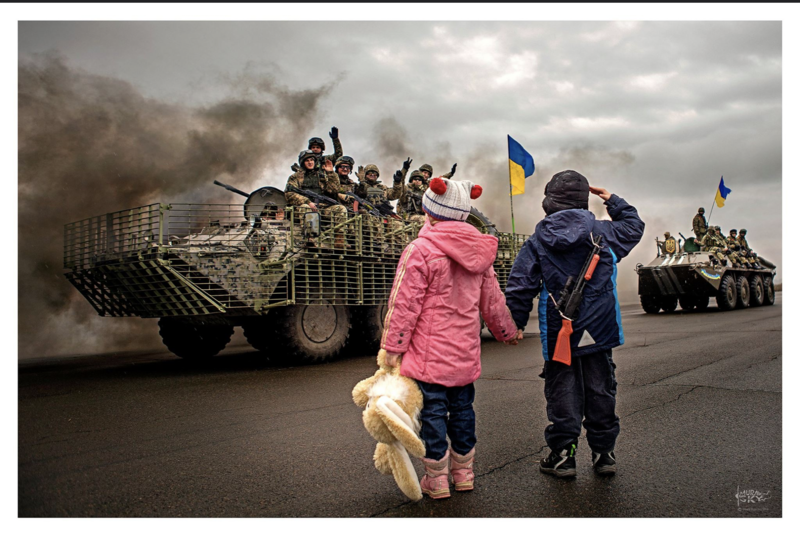