Is it true that a Canadian sniper who calls himself Wali was killed in the besieged Ukrainian port city of Mariupol before March 23, 2022? No, that's not true: The person who runs the online application portal for Canadians volunteering to go to Ukraine told Lead Stories that the sniper is alive. Additionally, the sniper told Canadian news media that he is unharmed.

One of the first mentions of Wali's alleged death was March 15, 2022, when the rumor started circulating on the social media site Telegram, including this post. In English, the post appeared under the headline: "Canadian Sniper Wali dubbed the World's Deadliest Sniper is dead." It continued: 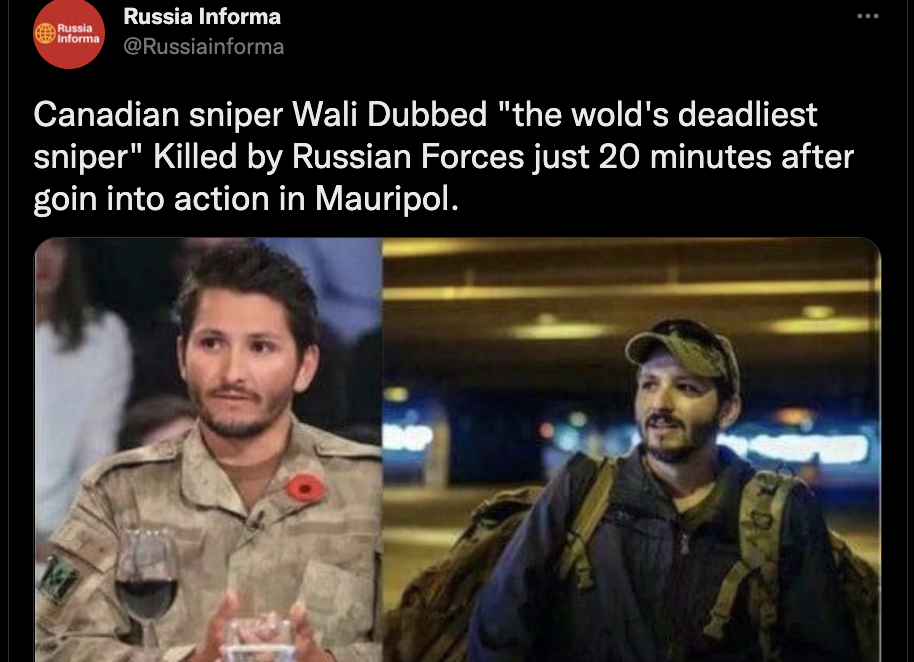 None of the posts provided photographic or video evidence of the sniper's alleged death, nor of identification, personal belongings or other objects that would prove his body had been found or taken into custody.

The Canadian government requires relatives of a citizen who dies abroad to get a death certificate in the country where the death occurs. However, there were no reports about the sniper's relatives or their representatives traveling to Ukraine or making other efforts to get the required document.

In Canada, Chris Ecklund, a Hamilton, Ontario businessman and army veteran, is in charge of coordinating war volunteers. He launched an application portal in part to find candidates with medical or military experience. On March 11, 2022, CBC, the Canadian public television network, cited Ecklund as saying that the portal would "significantly lower the training required in [the Russia-Ukraine war] theatre."

"He actually found it kind of comical with a lot of the stories going on about him," Ecklund said in a phone interview with a Lead Stories reporter. "It's typical Russian disinformation. That's a typical playbook."

Ecklund said another group of false social media statements claimed that his portal was not accepting any more applications. According to him, the Ukrainian government had changed its requirements for foreign volunteers two days earlier. "Now they are only looking for veterans with combat experience," he said. "For my operation, it eliminated roughly 95% of all applicants. When you look at [recent] combat experience worldwide, we're talking Afghanistan. Even [many of] those with combat experience are now married, have kids, have careers."

CBC correspondent Ashley Burke was able to contact Wali via a video call, she reported. "I'm pretty much the last person to know about my death," Burke reported the sniper told her on March 22, 2022. He said that he had never been to Mariupol, where he was rumored to have been killed, and after spending his first week in Kyiv, he returned to an undisclosed safe location in Ukraine. Wali also added that he hadn't killed "any Russians yet" but he "helps doing so." Military and FBI snipers often operate in pairs, one monitoring wind and spotting targets, the other shooting.

Wali is a nickname used by the author of several autobiographical books about a Canadian sniper's experience in Afghanistan. The writer's identity remains unknown.

According to this BBC report, a Canadian sniper hit a target from 3,540 meters (more than 3 kilometers or 2 miles) away in Iraq in 2017, setting a record for the longest confirmed kill shot. However, that achievement was not credited to Wali. In fact, the name of that sniper has never been released. So the claim about Wali being "the world's deadliest sniper" also remains unconfirmed.

A person calling himself Wali appeared on CNN on March 4, saying that he "got a phone call from a friend" and was heading to Ukraine from Poland. 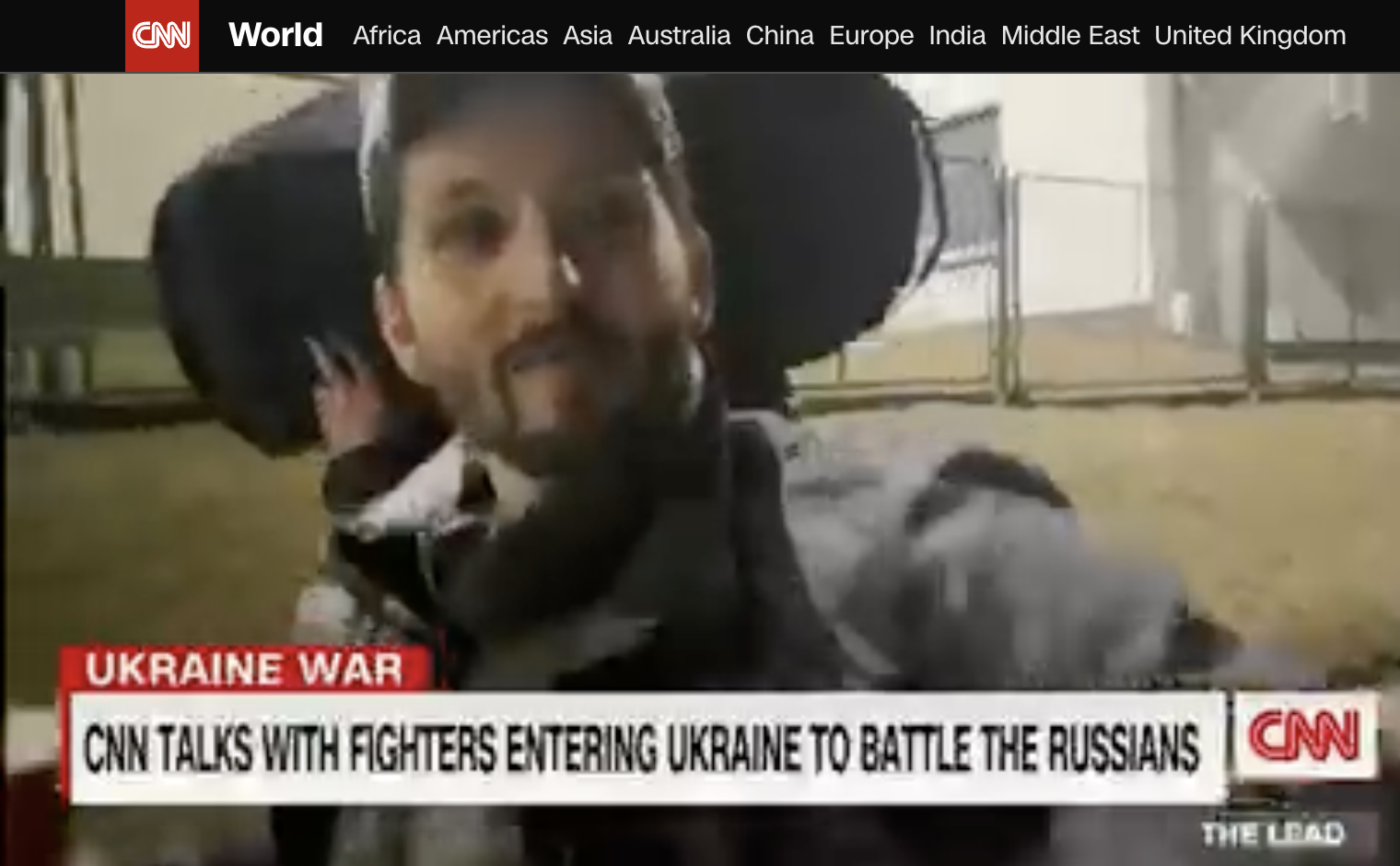 On March 22, a video interview with a man resembling the man in the earlier images was posted on thenationalnews.com, the online website of The National, an Abu Dhabi state-owned newspaper. The man explained that while on the frontline in Ukraine he had his cellphone turned off to avoid being targeted via GPS and turned it on only after leaving Ukraine. "And I learned that I was dead," he said. Asked by the interviewer if he had his sniper rifle with him, the man displayed it, identified the specific model, and said it was made in Finland. The man didn't identify himself as Wali and the interviewer didn't refer to him by name, but the accompanying online article reported that he was Wali.