Was a Canadian firefighter spotted putting out a fire in Ukraine during the 2022 Russia-Ukraine conflict? No, that's not true: That was a Ukrainian firefighter wearing donated firefighter gear from Edmonton, a city in Alberta, Canada. Kevin Royle, the project director for the aid group Firefighter Aid Ukraine, confirmed that the bunker gear was donated by the group.

Things are getting so bad in Ukraine that Edmonton firefighters are on the scene.

🤣🤣🤣 CNN you never fail to deliver...comedy that is. 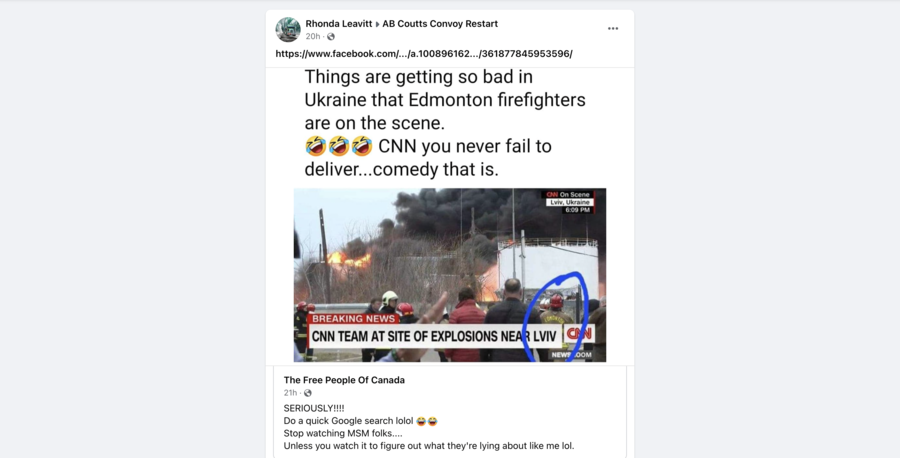 Firefighter Aid Ukraine posted about donating the equipment on its Facebook page on March 26, 2022:

Royle was quoted about this in an article in CityNews, a Canadian news website, on March 27, 2022:

The group has been donating equipment and gear to Ukraine for nearly a decade now.

'It's unfortunate it's being used because of the conflict, but it's impressive to see it there,' he said.