Does this video show a train carrying tanks to Ukraine? No, that's not true: This train was filmed from several locations as it was crossing through the Tehachapi Mountains in California on April 22, 2017. The video was originally posted on the YouTube channel of train photographer Trains232. This does not show a current scene related to Ukraine in 2022.

The footage of this BNSF train was originally posted by the photographer Trains232 on YouTube on July 16, 2017. Years later it was posted on Facebook by The Swedish gamer on March 1, 2022, archived here, with the caption: 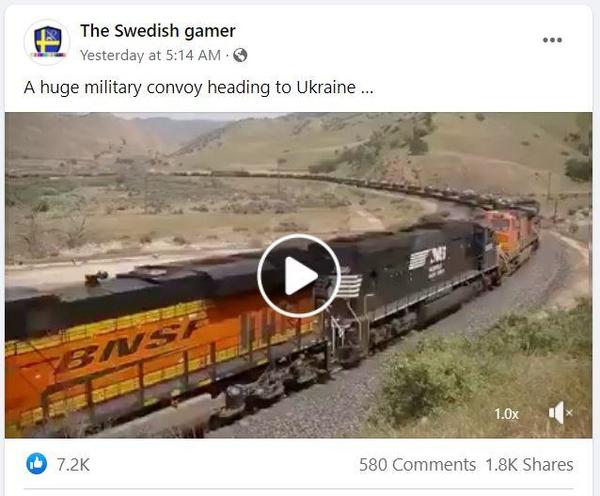 The original video posted on the Trains232 YouTube channel is titled, "BNSF Military (Abrams Tanks) Train over Tehachapi." There are large captions on the video identifying the date, location and even the train's ID. The video is divided into three chapters. Each chapter identifies where the train's passage was filmed: Caliente, California; Bealville, California Tunnel 3; and Woodford, California. Trains232 provides archive-quality identification on their work. This identification was cropped out of the video when the copy with a misleading caption was posted on Facebook. 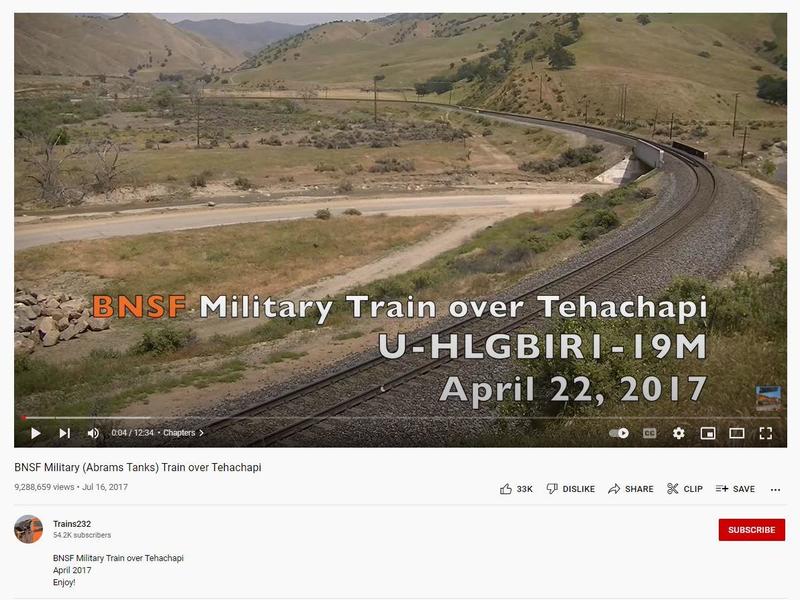