Ukraine flag on the Statue of Liberty...

Deepest sympathy to Ukraine and its brave people in fight against Putin's thugs... 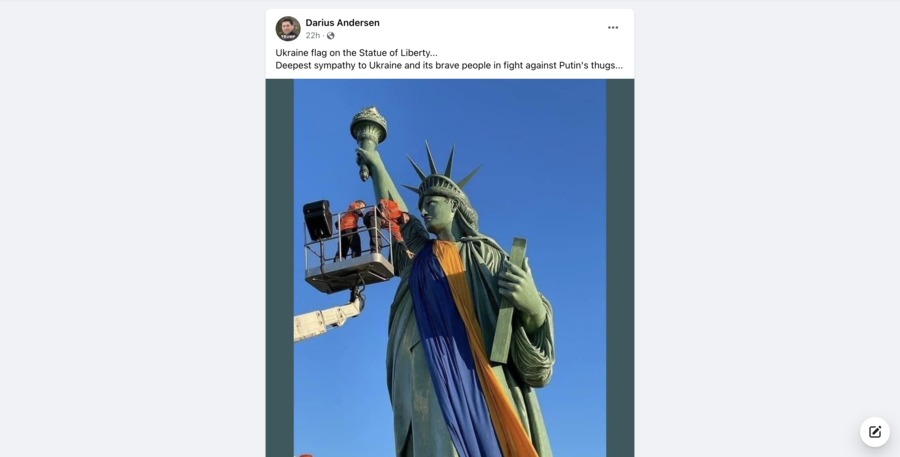 Lead Stories found a tweet from Colmar, a city in the eastern part of France, where the photo originated. The caption, translated by Twitter, reads, "In support of the Ukrainian people."