Did actor Sylvester Stallone wear a T-shirt featuring former President Donald Trump's face, the continental United States in red, white and blue, and text that read, "I'd Love A Mean Tweet And 1.79 Gas Right Now"? No, that's not true: The picture has been altered. In the original, Stallone is wearing a plain black T-shirt. 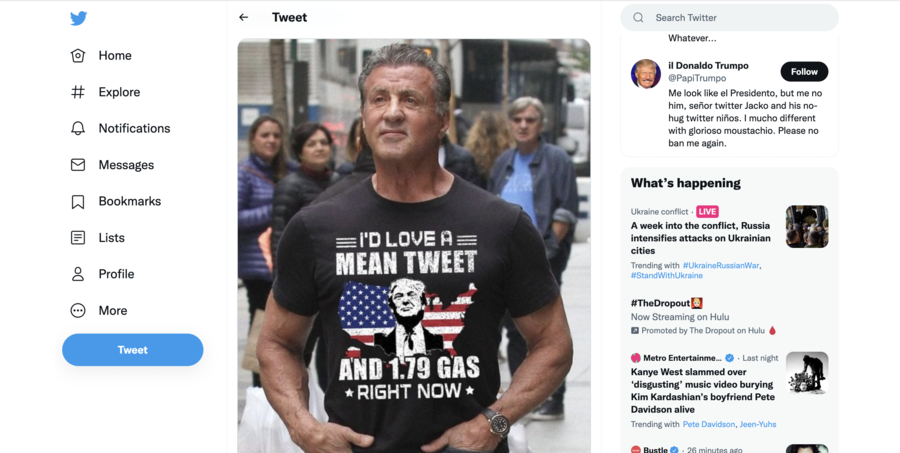 Uploading this image to TinEye, a reverse image search engine, Lead Stories found the photos of Stallone on a New York sidewalk in a plain black T-shirt. TinEye led us to a Zimbio, a website for entertainment and celebrity news. In the Zimbio article, Stallone and his daughter, Sistine, were photographed shopping in New York City on May 1, 2017. Here is the original photo: 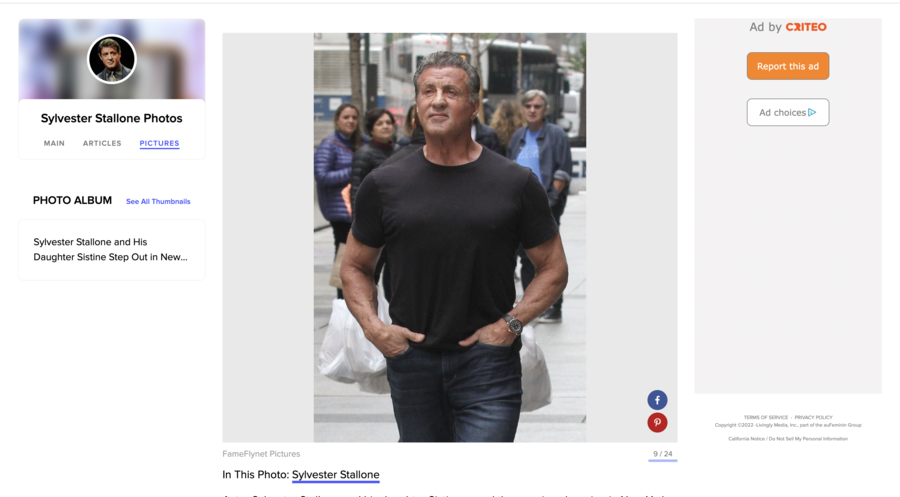