Does a video show Ukrainian soldiers leaving their wives for war in 2022? No, that's not true: The footage is from a 2017 Ukrainian documentary film titled, "The War of Chimeras."

The claim appeared as a video (archived here) on Facebook on February 25, 2022, a day after Russian troops began moving into Ukraine. It opened: 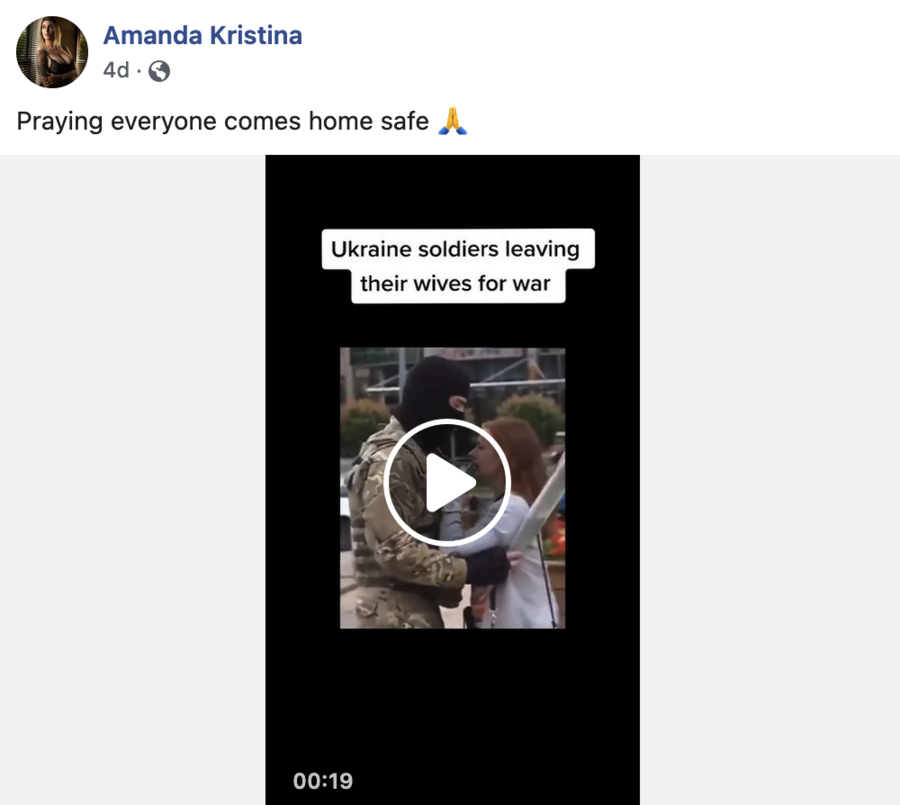 The documentary is based on Ukrainian soldiers who fought in the 2014 Battle of Ilovaisk. The BBC reported in an article titled, "Ukraine's deadliest day: The battle of Ilovaisk, August 2014," that the battle on August 29, 2014, was the "biggest loss of life in Ukraine's war against Russian-backed separatists." This occurred months after Russia seized and then annexed Crimea from Ukraine in March 2014.

The summary of the movie posted on IMDB.com explains the documentary:

The story of war, love and death that was documented by the immediate participants of events. Off screen and later on it are the two - a boy and a girl. He volunteered for the front; she went to the place just after the battle. He got into Ilovaysk cauldron, lost his closest brother-soldiers. She, while travelling along the ruined towns, strives to understand the essence of war and love. Both tell openly one another about their feelings during the war, escaping the cauldron, a try to live together after, and a common trip to the frontline.

The footage from Facebook can also be seen at 2:00 in a video posted by UATV on YouTube in 2018. The film's director Anastasiya Starozhytska spoke to Ukrainian news station UATV about her award-winning documentary.

Other Lead Stories fact checks about the ongoing Russia-Ukraine conflict can be found here.