The footage appeared as a video (archived here) on Facebook on February 23, 2022. It opens: 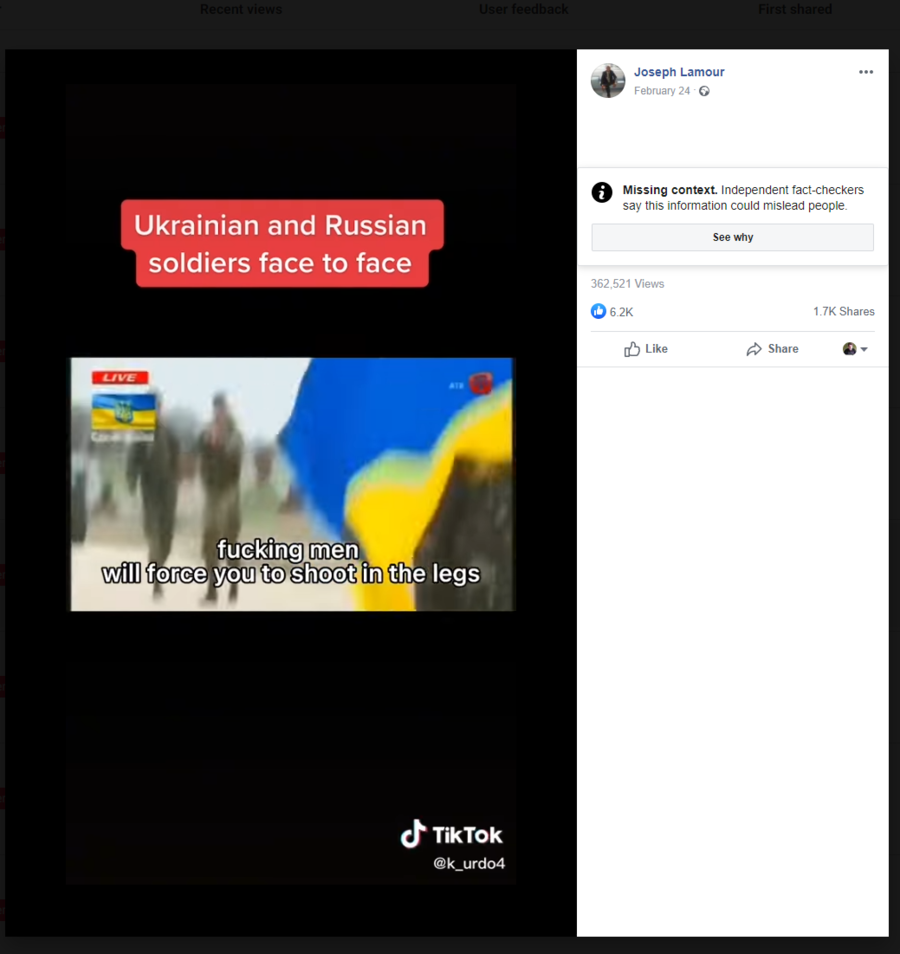 BBC News Turkey published the video on YouTube in 2014 with the headline "Kırım'da gergin anlar," which translates from Turkish as, "Tense moments in Crimea." According to Google translation, the caption read:

The footage posted on Facebook is a 29-second video that was originally posted on TikTok. It matches the video on YouTube beginning at 54 seconds in:

The New York Times article published March 4, 2014, had a video of the standoff from a different angle that lasts 1 minute 18 seconds. The article explained the seven-hour standoff occurred when Ukrainian soldiers from the 45/15 air force unit approached the military airfield in an attempt to return to the guard posts they usually manned during the conflict with Russia. Despite the Russians firing a warning shot on the video, no one was injured.