Does this video show footage of the Russian war in Ukraine? No, that's not true: This is 2016 footage of U.S. Marine Corps training that took place in the desert near Yuma, Arizona, close to the Mexican border.

The mislabeled video was posted on Facebook by "MIL Show" on March 7, 2022. It was captioned: 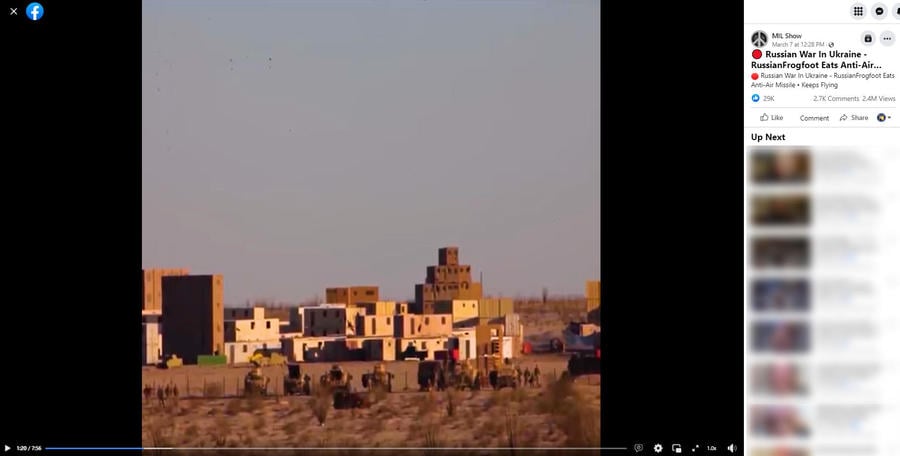 Following the start of the Russian invasion of Ukraine on February 24, 2022, social media was plagued with inauthentic or mislabeled video footage of real and simulated war scenes passed off as current footage of the conflict in Ukraine. This video showing a desert landscape and a fake town is yet another example. This was 2016 Marine Corps training in the United States, not war footage from Ukraine in 2022.

Lead Stories used a still frame from the video to conduct a reverse image search with several search engines. While Google, TinEye and Yandex did not turn up a match, Microsoft Bing correctly identified a very close match -- a well-labeled photo on dvidshub.net, which is an image and video repository maintained by the U.S. Department of Defense. The vehicles parked on the edge of the training area in both the video and the still images on dvidshub.net match in type and placement, enough that the identification on the still photo can be reasonably inferred to be the same day, March 31, 2016. The photo caption reads:

The photograph is shown below to compare with the mislabeled still frame from the video. 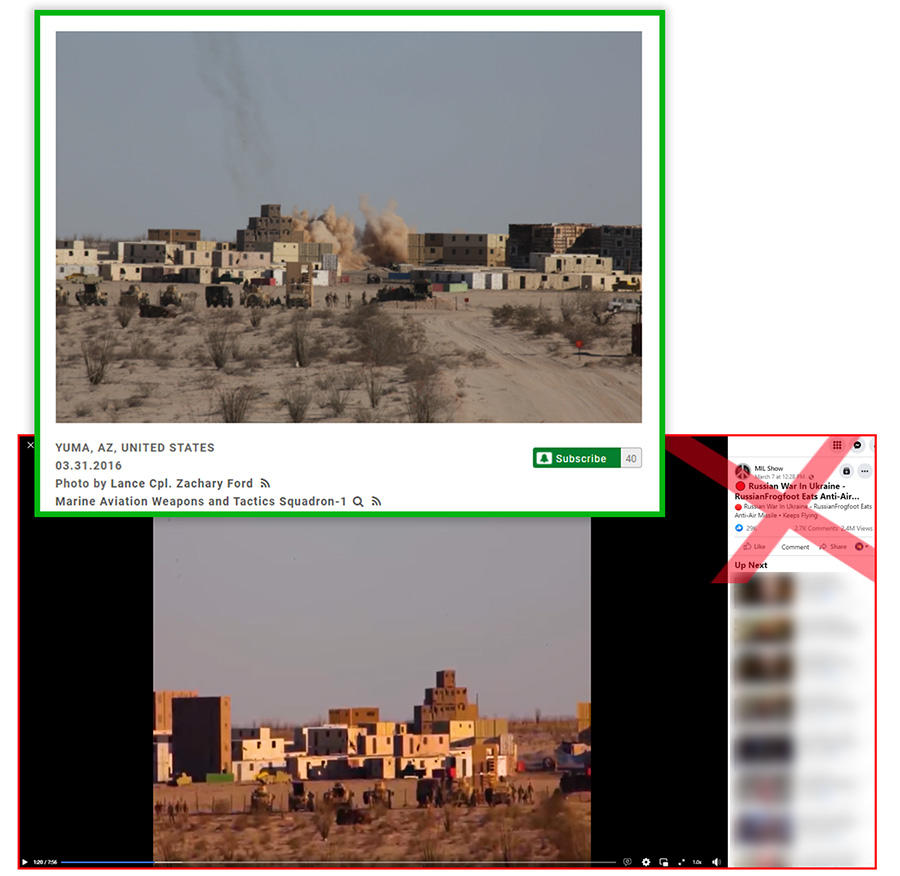 "Yodaville" is an urban target complex (UTC), described in a user-submitted entry on the website virtualglobetrotting.com:

It was designed as an urban close air support (CAS) target complex built to provide a realistic simulation of urban or built up areas for Marine aviation to train.
The UTC has 178 buildings, 131 personnel targets, 31 vehicle targets and is equipped with streetlights. There are four Tactical Air Control Party sites around the periphery/ 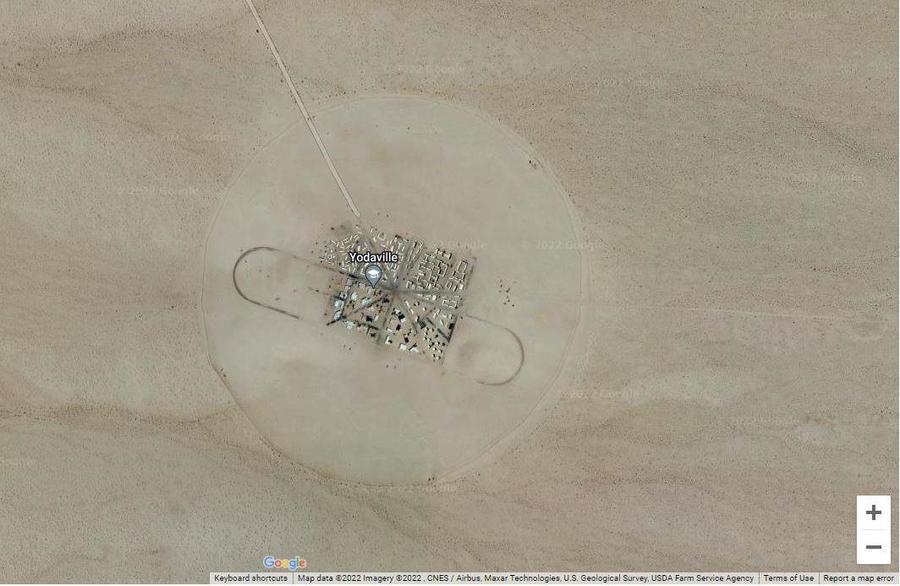 In a March 26, 2009, article in smithsonianmag.com titled, "Welcome to Yodaville Population: Zero. Threat level: High," the Weapons and Tactics Instructors course was described this way:

Throughout the day--and deep into the night--a variety of rotary and fixed wing aircraft, including F-15 Eagles, B-1B Lancers, the latest iteration of the UH-1 helicopter (the 'Yankee'), even a low flying B-52, pulverized targets with guns, rockets, laser- and GPS-guided bombs, and TOW anti-tank missiles. The idea of WTI is to teach participants the most advanced tactics for close air support and other missions, so they can return to their units and teach others.

'The top guys from each squadron get selected to go,' says Glover, a Marine Corps F/A-18D Hornet weapon systems officer who served a tour as a forward air controller in Afghanistan in 2002. 'This is the "graduate level" course in Marine aviation, one that brings the real world of joint operations--hence all the non-Marine Corps assets like the A-10s and B-1s--into the fray, and one that really mimics what really goes on in an actual battlespace.'