Did Ukrainian President Volodymyr Zelenskyy wear a T-shirt with an iron cross on his chest while addressing the U.S. Congress on March 16, 2022? No, that's not true: The shirt he wore had the symbol of the Ukrainian Armed Forces on the left chest.

Social media posts calling attention to the cross shape of this symbol tried to associate it with the infamous Iron Cross of Nazism. One example was posted on Facebook by Radar on March 16, 2022 (archived here), with the caption:

Fair play you don't believe me
But do you believe this man, or your own eyes?
He is literally talking to the U.S. congress with an iron cross on his shirt
I rest my case 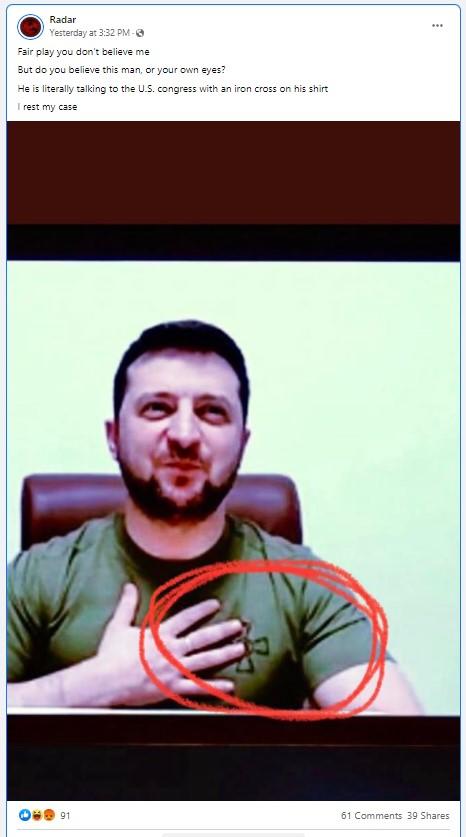 Other posts were more direct, with one headline reading, "Why is Zelensky Wearing The Nazi Iron Cross?"

On March 16, 2022, Zelenskyy addressed the U.S. Congress. The video is posted on Facebook (here) with subtitles in English. A screenshot of the video's thumbnail image below shows the emblem on his T-shirt without the obstruction of his hand. 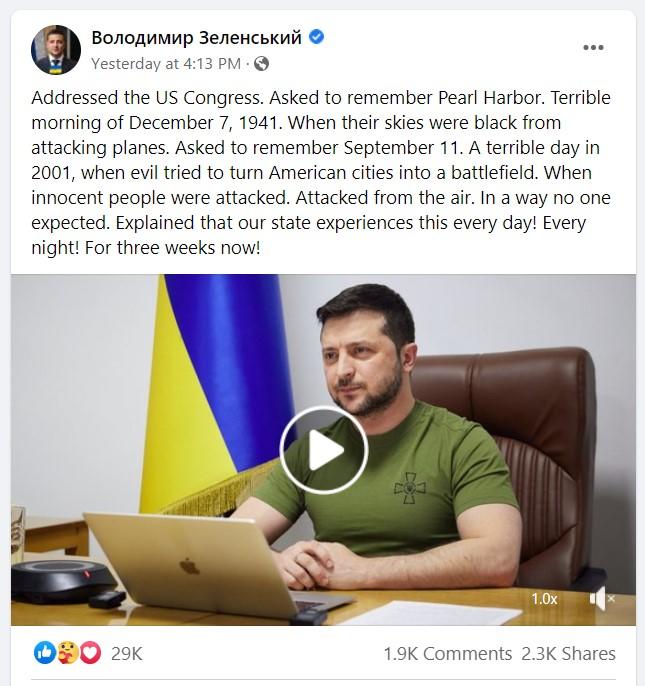 This T-shirt graphic is a simplified version of the full color emblem of the Armed Forces of Ukraine that was adopted by decree of the president of Ukraine on September 3, 2009. In the center of the cross is the Ukrainian coat of arms, the trident or "tryzub," also called the "Princely State Symbol of Volodymyr the Great." 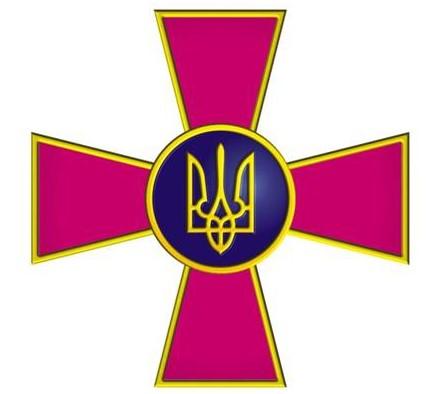 An article on symbolsage.com describes the history of the cross pattée, the cross that has arms that narrow toward the center. It has a history that dates back as far as the Crusades, and is still used in religious, national, military and heraldic symbolism:

The cross pattée has long been associated with religion, philosophy and the military. Here are some of its meanings:

Below are some examples of modern military honors that include the cross pattée in the design, from the U.S., Germany and the Russian Federation. 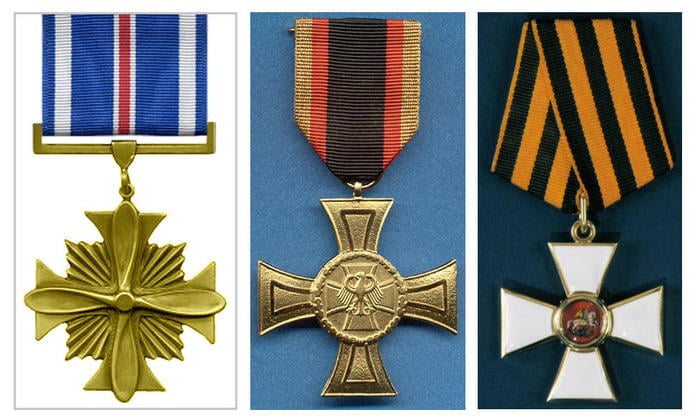