Did Ukrainian President Volodymyr Zelenskyy flee Kyiv for a bunker in Poland? Is this evident because he posted a video filmed in front of a greenscreen with a scene of Kyiv added as a background? No, that is not a conclusive argument: There is no evidence that President Zelenskyy is in Poland, and he maintains that he is in Kyiv. This video appears to be authentic and filmed at the same location as earlier videos posted by Zelenskyy -- in front of the Gorodetsky House in Kyiv. In the days since that nighttime video was posted on March 18, 2022, additional videos have been posted that appear to show Zelenskyy at his desk in his formal office in Kyiv. Even if this video was produced with a green screen, that does not indicate that Zelenskyy was in Poland.

The claim appears in a post published by the Facebook page 'I Love Australia' on March 19, 2022, with the caption:

🇺🇦Chicken Kiev 🍗
👉The cowardly Ukrainian President Zelenskiy fled Kiev abandoning his people broadcasts Presidential videos with a green screen background from the safety of a NATO bunker in Poland 😂
Become A I Love Australia Supporter : https://facebook.com/becomesupp.../i.love.australia.country/ 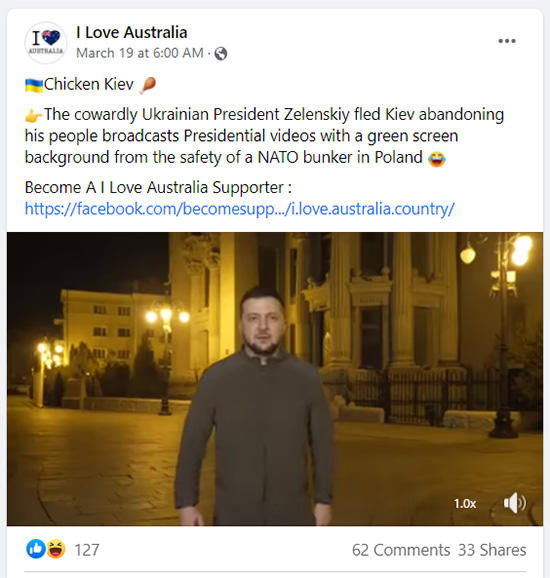 This Facebook page created on October 9, 2021, changed its name from "Aussie Cossack" to "I love Australia" on March 13, 2022, just days before the "Chicken Kiev" post (which uses a spelling of the Ukrainian capital common while Ukraine was part of the Soviet Union). The page lists two page managers in India. The Aussie Cossack is the name of another Facebook Page and a YouTube channel. 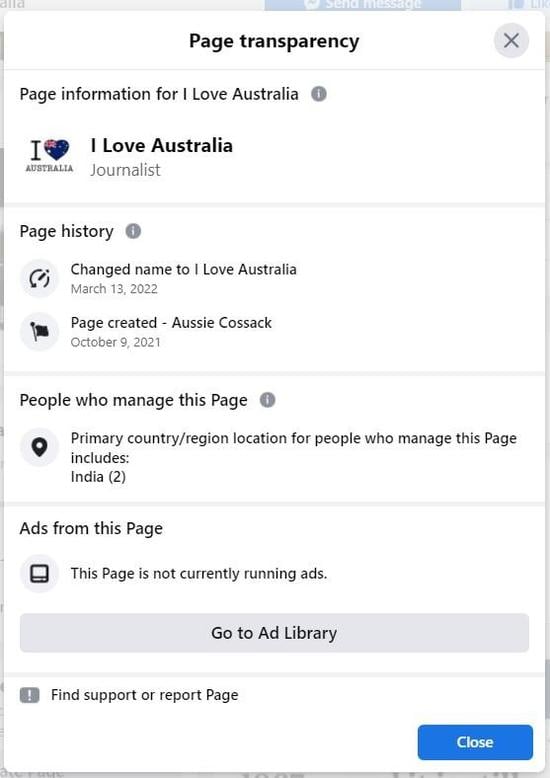 The video posted by "I love Australia" is a three-second loop of the first seconds of the video posted on the official Facebook account and YouTube channel of the Office of the President of Ukraine on March 18, 2022. The original video was posted at 1080p resolution, which is considered high definition. The three-second clip was only available as high as 360p. The lower resolution clip is difficult to analyze, and there is additional visible context in the full original video which is not present in the three-second clip. Below, still screenshots compare the original video with the lower quality clip. 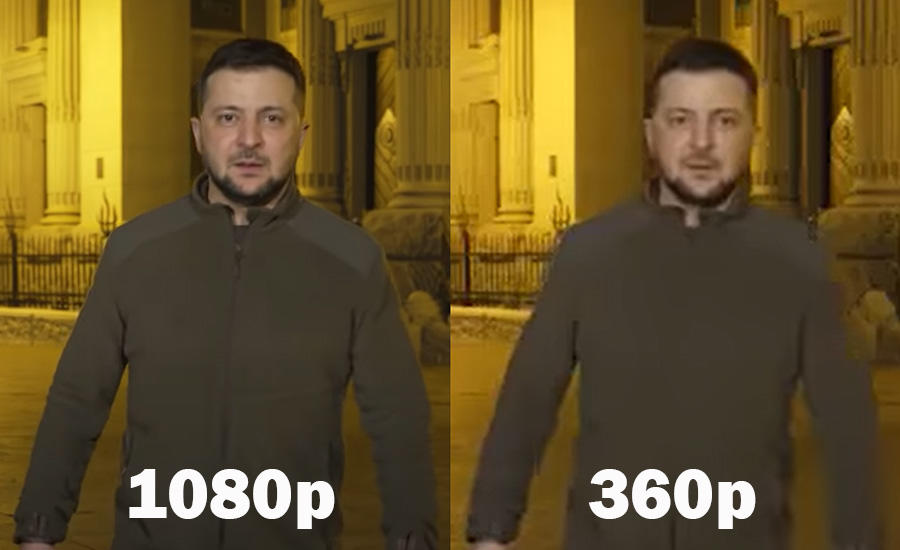 People may innately sense when something seems off about a video, but not understand the technical reason the intended seamlessness of a green screen video was ruined. A video titled, "Why You Can Spot Bad Green Screen" by Tom Scott gives clear technical explanations for some of the common issues that give away a green screen. He lists:

In the 360p clip posted on Facebook there is some "chatter" -- flickering edges -- along the edges of the moving figure of Zelenskyy and the still scene of the background. This could be mistaken for problems with a green screen key -- but this chatter is not visible in the 1080p original video.

Another issue is the color of the lighting. While the street lamps in the background cast a soft yellow light, Zelenskyy is lit frontally with a crisp white or bluish light. The shadows cast by his jacket collar and his hands when he raises them indicate that there is lighting near and just slightly above the lens of the camera. This alone is not evidence of an attempt at a green-screen deception, it's common practice for photographers to use artificial lighting when shooting outdoors at night. In the 360p video the difference in material of the yoke of Zelensky's jacket is hardly visible, but the HD 1080p video captures the light of the yellow street lamps along the edges of the sleeves, and on the side surfaces of his face.

Below, a screenshot taken at 0:11 seconds, includes details of the image, to show areas where the yellow light highlights Zelenskyy's face and areas of the jacket where a shadow was cast by the photographer's lighting.

A third issue, that the short clip posted on Facebook appears to be designed to emphasize, is the moment in the video opening when Zelenskyy takes several steps toward the camera. This shot may appear as if he closes in on the camera at a faster rate than he is walking, or that the building in the background is not on the same plane as he is. This is because he seems to grow in relation to the building. Camera lenses and camera height can cause a variety of illusions by compressing distance. Analyzing the video we can see the height of Zelenskyy's eye level raises in relation to the background scenery (for example the height of the street lamps) as he approaches the camera, this does not indicate a green-screen blooper. One can only infer that the camera lens is lower than his eyes. If the camera were adjusted to be eye level, that eye level would remain constant as the subject approached the camera.

The "I Love Australia" page published a second post about a green screen on March 20, 2022. In this post the outline of Zelinskyy was crudely taken from the video and photoshopped onto a stock image of a green screen studio. The green screen studio image (without Zelenskyy) has four pages of results dating back to 2014 on the reverse image search engine TinEye. 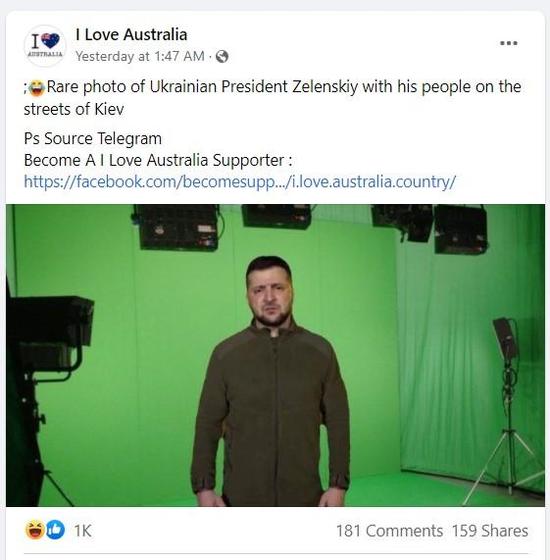 Lead Stories has written previously about claims that Zelinskyy had left Kyiv, and about unusual depth effects caused by cameras.