Did President Joe Biden try to "shake hands with thin air" and then wander around looking confused after he finished a speech at North Carolina Agricultural and Technical State University in Greensboro on April 14, 2022? No, that's not true: Some footage of the event was framed so that some members of the audience were just off-camera during the speeches although they were seated close to the stage and behind the speakers. When the unusual layout of this stage and seating is taken into consideration, Biden's gestures appear to have been directed toward the people who were seated behind him during his speech.

Biden visited NC A&T University on April 14, 2022. A video clip from the finish of his speech was posted on Facebook on April 14, 2022 (archived here), by Orlando, Florida, radio station WDBO. The post is captioned:

After Biden finished his speech today, he turned around and tried to shake hands with thin air and then wandered around looking confused.

Do you fear our president is incapacitated?
~ Joe

While some footage seems to show the president inexplicably trying to offer a handshake to someone who isn't there, in a wider view of the event posted on YouTube, Biden's gesture appears to be more of a greeting or acknowledgement than an attempted handshake, and does not seem so out of place. In Greensboro TV station WFMY News 2 footage, the camera pulled back at the end of the speech, which showed the audience members who were seated behind the stage. This can be seen near the end of this video posted on YouTube. The 1:16:50 mark is pictured below: 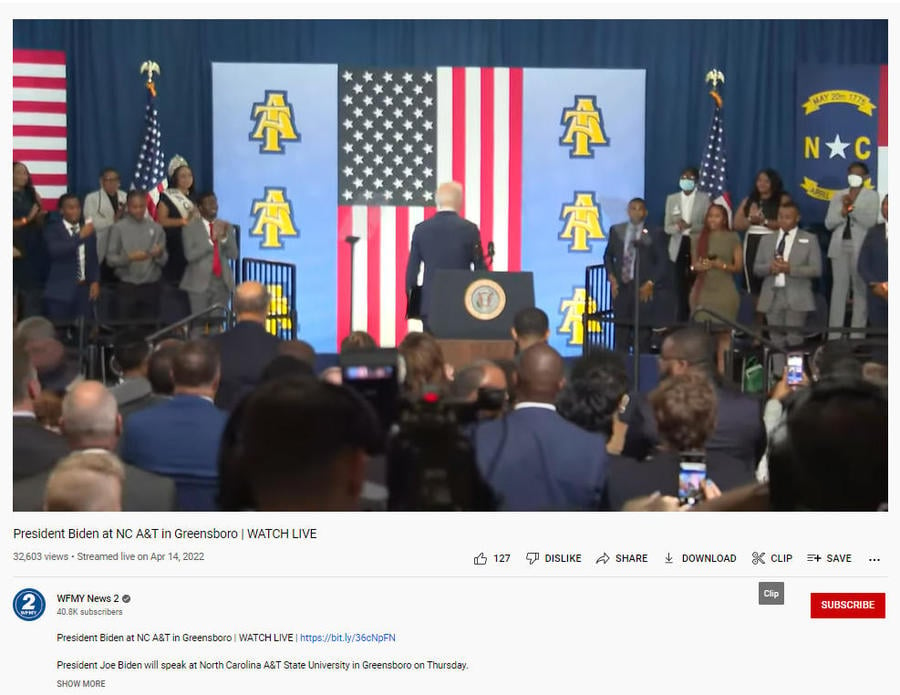 In the tweet embedded below (archived here) ABC11 reporter Michael Perchick shared a photo from the event that shows a view of the seating that was behind Biden to the right side of the stage.

In another tweet from the event (archived here) the A&T Register student newspaper posted a video of Gov. Roy Cooper speaking. This view shows the seating that was behind the stage to the left side. 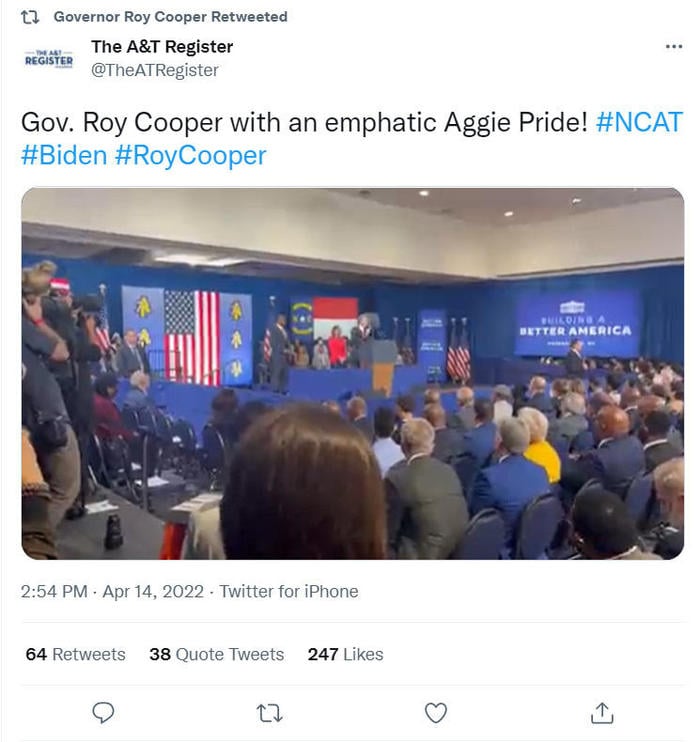