Does a photo of President Joe Biden and first lady Jill Biden show a fake presidential seal? No, that's not true: A fuzzy photograph from the April 18, 2022, Easter Egg Roll at the White House does show the real presidential seal, as proven in clearer images in still photos and videos published by national news outlets.

Lol. Screenshot of Sleepy and Jill supposedly live at the WH for the Easter Egg Roll. Check out that presidential seal guys!!!!!! FAKE NEWS! BUSTED!!!!🙄🥱🥱🥱🤣🤣🤣 GETTING OLD,LOL.
REAL SEAL IN COMMENTS!!! 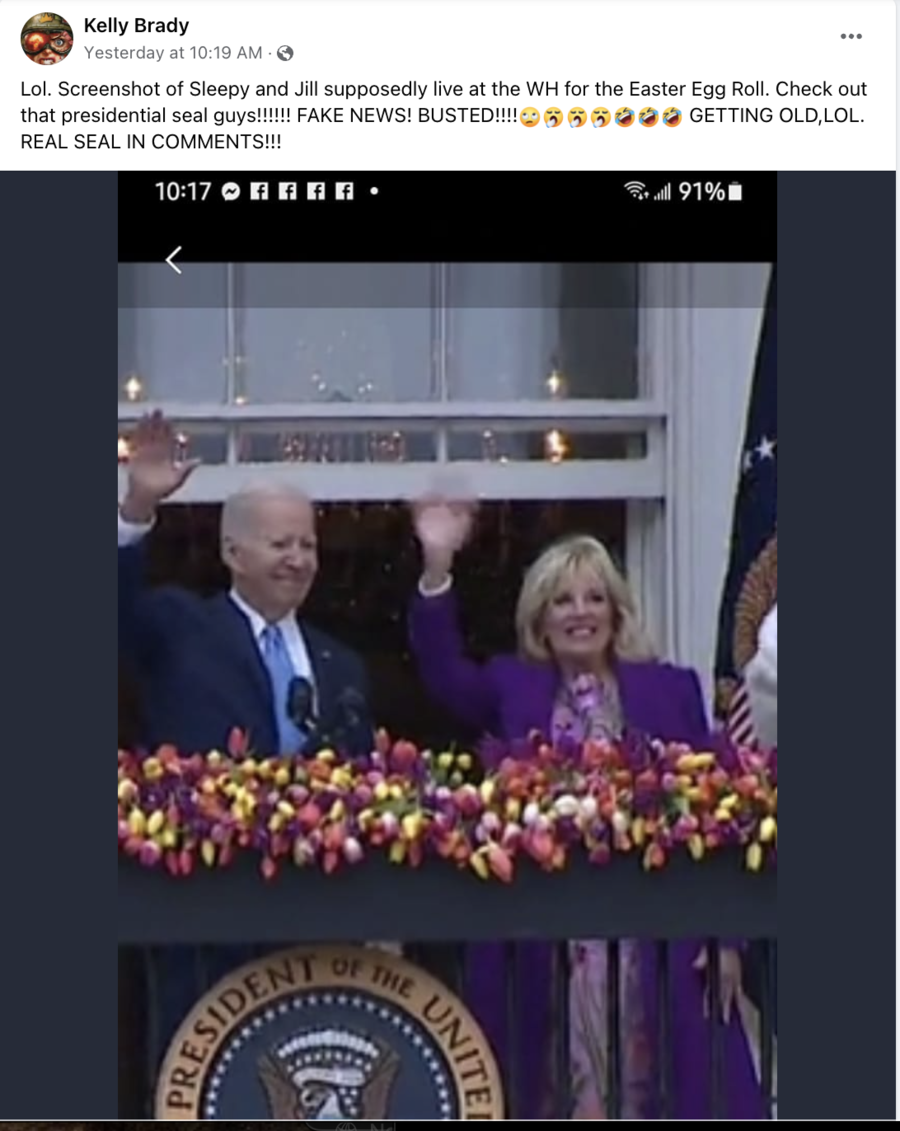 The Facebook poster also showed an image of what they claimed was the real seal, which appears to be exactly the same as the one in the photograph.

A New York Times video published on April 18, 2022, shows the Bidens on the White House balcony with the presidential seal clearly visible.

The New York Post published a series of photographs on April 18, 2022, from the event showing the eagle on the seal holding olive branches in the left talon and the arrows in right talon. 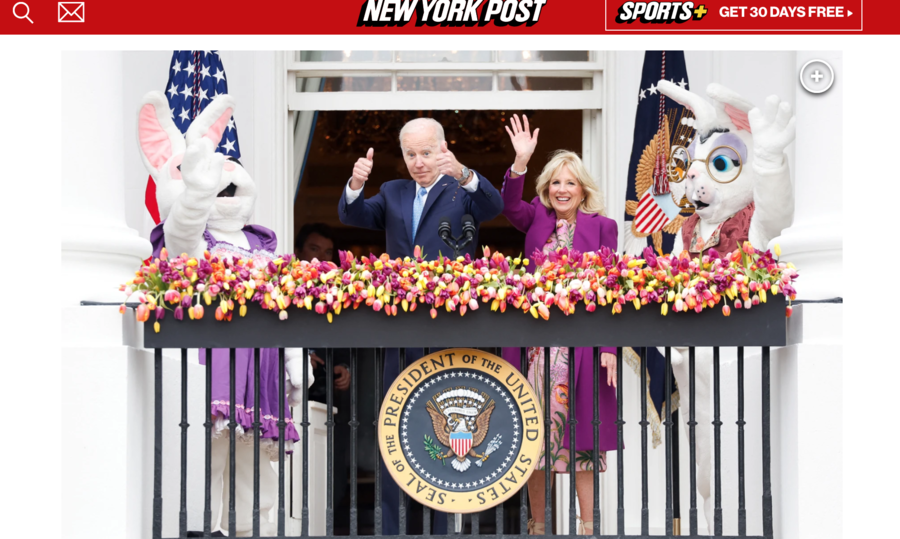 A video published on the Fox News YouTube channel clearly shows the couple standing on the balcony of the White House with the presidential seal below them.

Lead Stories has previously fact checked similar claims about Biden and fake images, such as that he is not at the real White House but a replica of the White House at the Tyler Perry Studios, that he is computer generated and that a video of him talking to reporters at the White House was a "green screen fail."