Did the militant group ISIS not exist before Barack Obama became president of the United States in 2009? No, that's not true: Since 2006 ISIS has existed, according to a former member of the National Security Council and according to The Wilson Center, a nonpartisan policy forum in Washington, D.C.

The claim appeared in a Facebook post (archived here) on April 1, 2021, under the title "Spot On....For 8 years Obama called America a Racist Country and Bowed to Foreign Leaders......We are Reaping His Legacy." It opens:

Before Obama we had no ISIS! 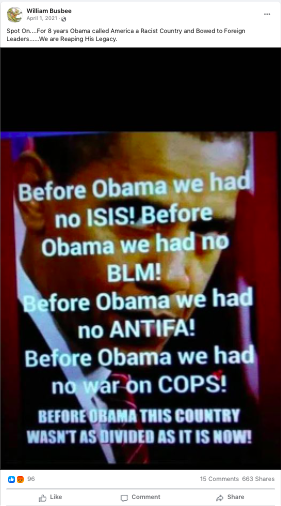 While the post makes several claims pertaining to purported developments during Obama's presidency, this story will focus on the first claim: "Before Obama we had no ISIS!"
The origins of ISIS, also known as the Islamic State, can be traced to 2006, before Obama was elected in 2008 and took office in 2009.
Lead Stories contacted Douglas Ollivant, former Iraq director at the National Security Council under former presidents George W. Bush and Obama and now managing partner at international consulting firm Mantid International. He responded in an email on April 12, 2022:

The Islamic state was founded in 2006 from the former al Qaeda in Iraq. So, there has been an Islamic state since 2006. The only thing that changed while Obama was President was their expansion into Syria.

Ollivant is the co-author of the May 21, 2014, article "STATE OF JIHAD: THE REALITY OF THE ISLAMIC STATE IN IRA AND SYRIA." It says:

The Wilson Center, a nonpartisan policy forum whose experts conduct independent research, published: "Timeline: the Rise, Spread, and Fall of the Islamic State" on October 28, 2019. It says:

The Islamic State - also known as ISIS, ISIL, or Daesh - emerged from the remnants of al Qaeda in Iraq (AQI), a local offshoot of al Qaeda founded by Abu Musab al Zarqawi in 2004. It faded into obscurity for several years after the surge of U.S. troops to Iraq in 2007. But it began to reemerge in 2011. Over the next few years, it took advantage of growing instability in Iraq and Syria to carry out attacks and bolster its ranks.

The exact dates on the timeline are: