Are Jews stealing Christian children, sacrificing them and then feeding them back to non-Jews to turn them into cannibals? No, that's not true: It's an antisemitic myth that's nearly a thousand years old. Recirculated audio and video on social media are exposing a new audience to the propaganda.

A spokesperson with the Anti-Defamation League said, "It is unusual to see such blatant antisemitism from people outside the lunatic fringes of antisemitic movements. The fact that this video has over 10,000 views on Facebook alone raises red flags about the influence it may have on broader audiences."

The claims appeared in a video (archived here) published on Facebook on March 30, 2022. It opened:

Emergency live 3/30/2022 message to my people
important video you need to see -
https://fb.watch/c45btMf7lc/
Don't forget to opt into our website
TommyTruthful.com tommytruthfultv 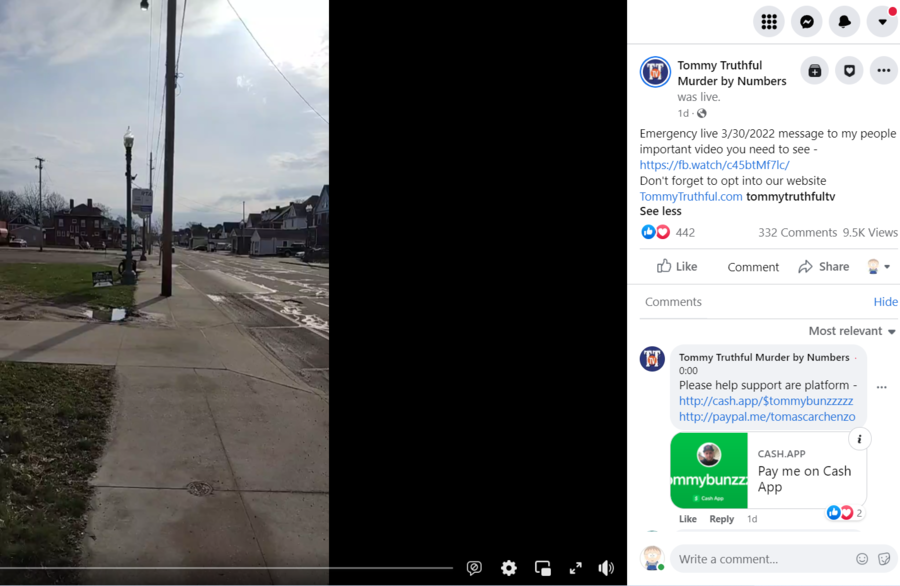 The video in the Facebook post and another one linked in the post play on an old antisemitic allegation that Jews murder Christians for rituals known as blood libel. The Encyclopedia Britannica defines it this way:

blood libel, also called blood accusation, the superstitious accusation that Jews ritually sacrifice Christian children at Passover to obtain blood for unleavened bread. It first emerged in medieval Europe in the 12th century and was revived sporadically in eastern and central Europe throughout the medieval and modern periods, often leading to the persecution of Jews.

The first video lasts more than 17 minutes and is an epic compilation of conspiracy theories, but the first six minutes are dedicated to the claim that Jews are slaughtering Christian children. The video is narrated by someone who calls himself Tommy Truthful as he walks along a street. Starting at the 1:42-mark of the video, the narrator says:

Millions and millions of Christian children go missing every day. And the blood is used in black magic rituals. So, they're not just putting it in the meat, mixing it with sausage and hamburgers. [That's] Why they made them the number one meals to eat in the United States and globally, which they don't eat it. There's a reason certain people are eating kosher, guys, and certain people don't a ... have nothing to do with pork. Because, it ain't what you think it is, them hotdogs you're enjoying on that hot summer day.

The International Centre for Missing & Exploited Children (ICMEC) says an estimated 8 million children are reported missing each year around the world. But that figure is nowhere near the claim that "millions and millions of Christian children go missing every day."

This is the synagogues where we drain the blood and watch them die there. It's very similar to how we do the sacrifices that we do with the kosher butchery and so we do that. And then we mix it with the Passover bread and so we eat the blood of our enemies.

And the bodies, we're not cannibals, so what we do is we take those -- because can make some shekels -- and we give them to the slaughterhouses and those are pounds and pounds and pounds of meat that we grind up in the sausage and the hamburger. And that's why we made them the most popular things -- sausage for breakfast and hamburger for lunch. And so, all the goyim out here are really eating their children. And even when we say this outright and tell you people you don't believe us.

In an April 1, 2022, email to Lead Stories, the spokesperson for the Anti-Defamation League said the anti-hate organization has seen elements of this video before. The first time was more than a decade ago:

The speaker in the video is repeating the Blood Libel, one of the oldest antisemitic conspiracy theories. More information about the Blood Libel is available here.

His specific theory about Jews killing non-Jewish children and selling their corpses to McDonalds to use in their hamburger meat is based on a fake interview that antisemitic pastor James Wickstrom conducted in 2005 with an actor playing the stereotypical role of 'Zionist Rabbi Abe Finkelstein.' In the interview ... the 'rabbi' blithely agreed with, and elaborated upon, a series of classic antisemitic myths that Wickstrom asked him about. The 'rabbi' said that Jews worship Lucifer, and agreed with Wikstrom that all wars are started by Jews, that Jews were responsible for 9/11, that Jews control the U.S. court system, and that Jews own the media. In the interview, the fake rabbi claimed that Jews kill 300,000 non-Jewish children each year, drink their blood and/or bake it into food products, and sell the corpses to McDonalds.

The Facebook video shows a still image of the man it identifies as the rabbi: 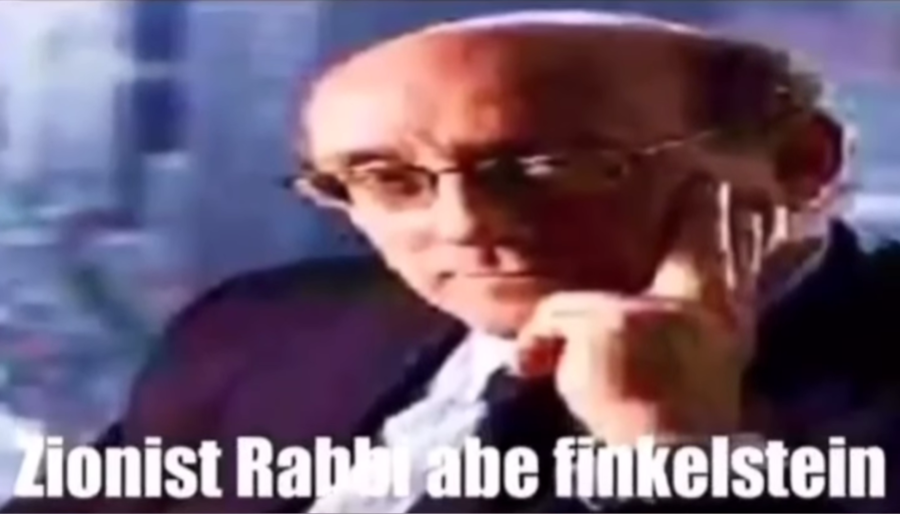 But because the interview is fake, the image doesn't depict "Zionist Rabbi abe finkelstein" at all. Instead, it shows Kenneth Feinberg, the founder and managing partner of Feinberg Law Offices.

Lead Stories found multiple images of Feinberg on social media and the internet that are being used as the face of the so-called rabbi in the blood libel claims.

As the video continues, it doubles down on the notion that Christian children are being ground into meat and fed back to non-Jews. After all, the narrator says, "There's a reason certain people eat kosher." As the "rabbi" is ending his discussion, the audio of an unidentified woman begins playing. She suggests America doesn't produce enough meat, so children are being used to make up the difference:

Lead Stories did the math because the equation presented in the video made very little sense.

For its part, the McDonald's website says, "every patty is 100% real beef with no fillers, additives or preservatives."

And the 840,000 children reported missing each year in the United States? The estimates vary. ICMEC puts the figure at 800,000, according to U.S. Department of Justice research. The Committee for Missing Children pegs the number at about half a million, but it also says more than 90 percent of those children return home alive.