Is this a photo of two rock formations at Pacific Grove, California, that look like a couple about to kiss? No, neither is true: The photo has been digitally altered and these cliffs are not in Pacific Grove. An unedited photo of the cliffs can be found in a 2013 article about a trip to Thailand. There is a real location in Pacific Grove called the Kissing Rock View Point, but this Facebook post does not show that location.

They are on the shoreline of Pacific Grove, California, and the most romantic spot in the United States 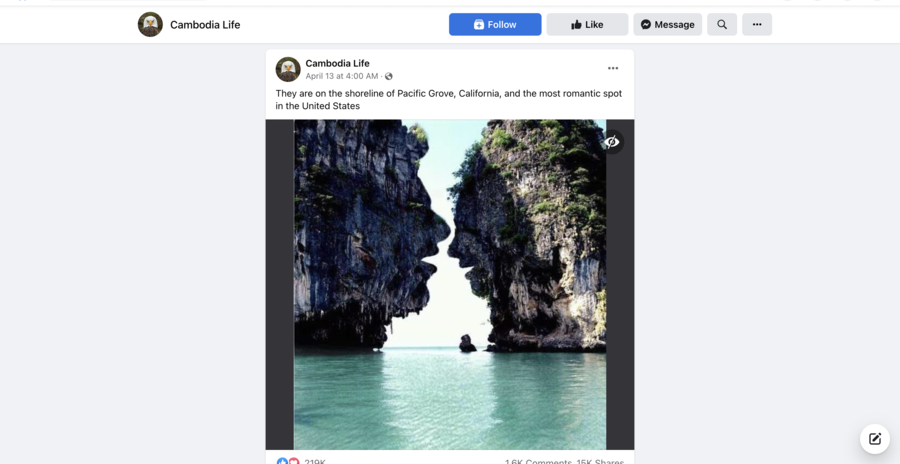 Lead Stories did a reverse image search of this photo. The search resulted in similar photos but the original photo could not be found this way. With some more research, we found a Daily Mail article that had an unedited picture of the two cliffs in Thailand. 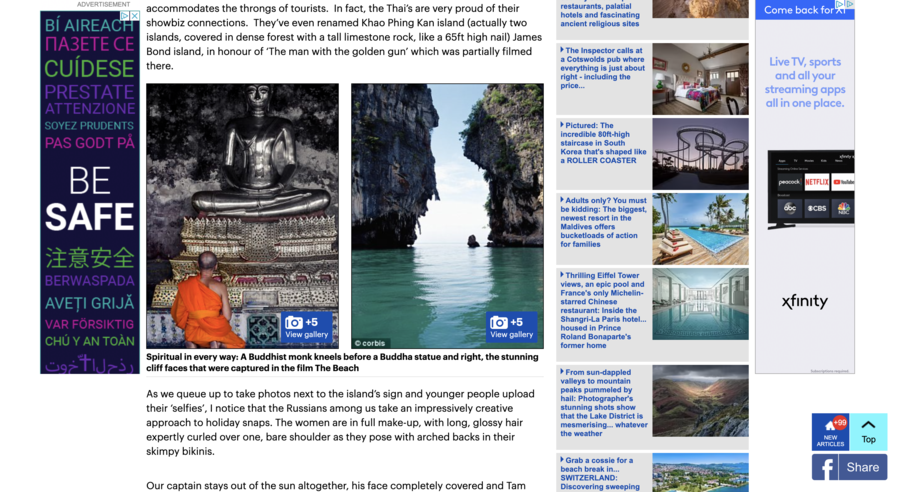 The caption under the photo of the cliffs from the Daily Mail article notes they were featured in the 2000 movie, "The Beach." 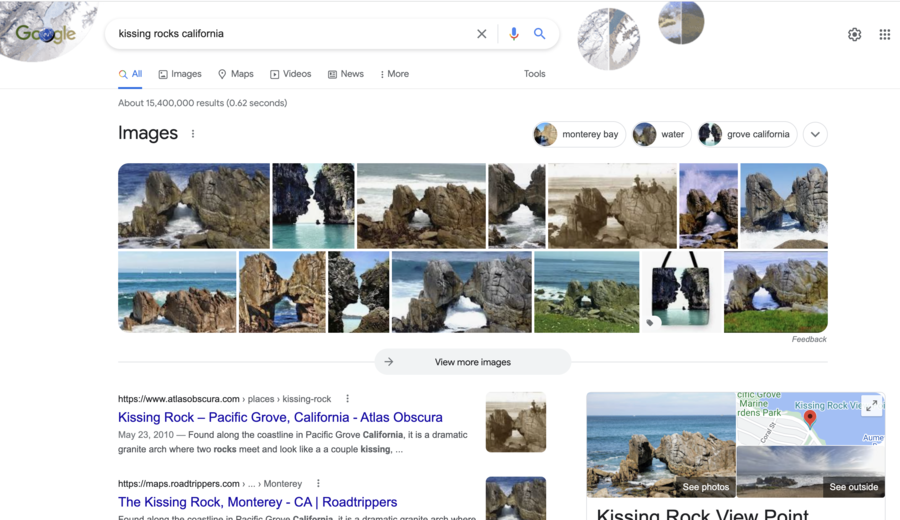