Did the U.S. military sentence Dr. Anthony Fauci to hang at Guantanamo Bay? No, that's not true: A duty officer from the Pentagon said this story was fabricated. Fauci, the director of the National Institute of Allergy and Infectious Diseases, made a public appearance on CBS News one day after this Real Raw News article was published. Real Raw News has a history of writing stories about public figures that are not evidence-based. A disclaimer on their website tells visitors that the information seen there is for "entertainment purposes."

The story originated in an article published by Real Raw News on April 20, 2022, titled "Military Sentences Fauci to Hang!" (archived here), which opened: 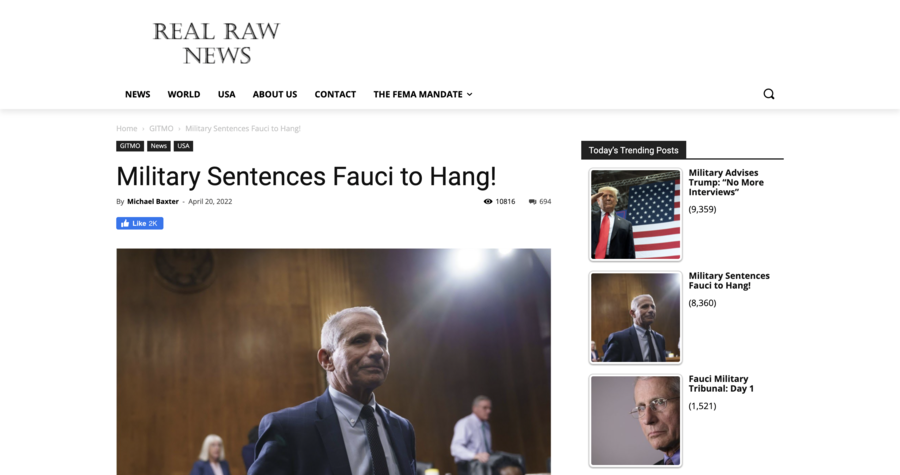 Lead Stories reached out to the Pentagon for more information about this claim. A duty officer from the Pentagon told Lead Stories in an April 22, 2022, email that this story is "a fabrication."