The claim appeared in a Facebook post (archived here) where it was published on April 11, 2022. It read:

Just so everyone knows. McDonalds ice cream has xylitol sugar in it. Don't feed any of their ice cream to your pets. Xylitol sugar is toxic to dogs and will kill them in a hour. Please... 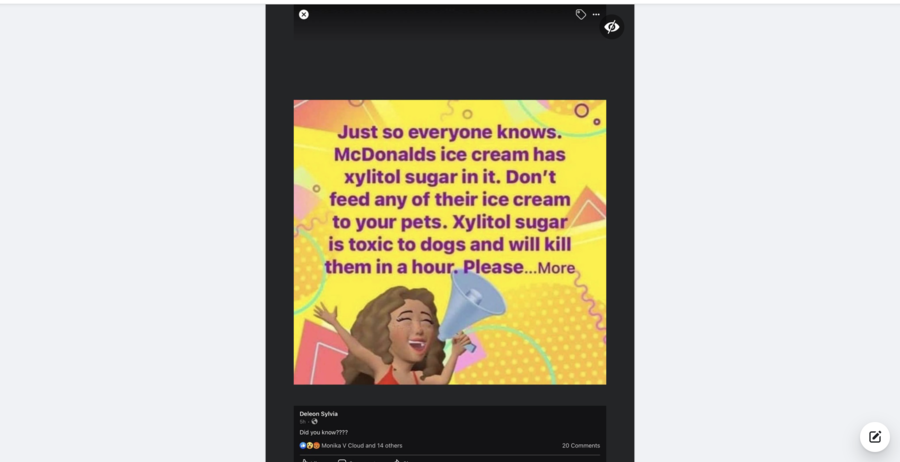 In the abstract of this peer-reviewed, scientific article, xylitol is described as a sugar alcohol that is commonly used as a sweetener. It even has some health benefits to humans.

These claims are false. Our soft serve, found in our cones and other desserts, does not contain xylitol.

Xylitol could poison your dog if ingested, according to the FDA. The FDA recommends that if a dog has recently eaten a product that contains xylitol, the owner takes them to an emergency veterinary clinic immediately. Further down on the FDA page about how xylitol is poisonous for dogs, there is a list of foods that may contain xylitol.