The claim appeared in a Facebook post on May 20, 2020, that says "Everything what we know is a lie

The rest of the post is a compilation of photos and text. The compilation on the upper right, which can be viewed in the screenshot below, says:

ARE ALL SOVEREIGN STATES 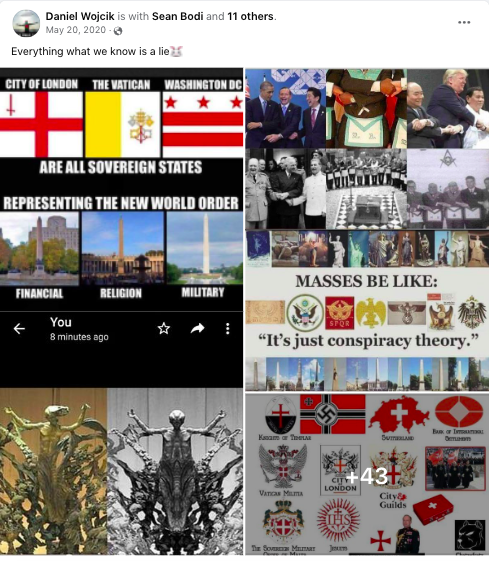 Sovereignty refers to the supreme and ultimate source of authority that exists within any political unit or association. A sovereign power is deemed independent of all other authorities and it possesses no rivals within its jurisdiction.

Vatican City is the smallest country in the world and is considered sovereign territory. The Holy See, which operates from there, is the universal government of the Catholic Church. It mints its own euros, prints its own postage stamps and has its own passports. It has its own flag and anthem but does not tax its very small population. According to the editors of Encyclopaedia Britannica, its modern-day status was established by:

[The] Lateran Treaty, also called Lateran Pact of 1929, treaty ... between Italy and the Vatican. It was signed by Benito Mussolini for the Italian government and by cardinal secretary of state Pietro Gaspaarri for the papacy and confirmed by the Italian constitution of 1948. Upon ratification of the Lateran Treaty, the papacy recognized the state of Italy, with Rome as its capital. Italy in return recognized papal sovereignty over the Vatican City, a minute territory of 44 hectares (109 acres), and secured full independence for the pope.

Washington, D.C., is not a sovereign state. In fact, it's not a state at all, it's a district. D.C. stands for the District of Columbia. According to history.com, the U.S. Congress declared Washington to be the U.S. capital on July 16, 1790. It was named after the first president, George Washington. The U.S. Constitution mapped out a district not exceeding "ten miles square" that was carved from Virginia and Maryland. D.C. residents do not send elected representatives to Congress. However, in recent years there has been a movement to grant D.C. statehood that would require legislation to pass through the House of Representatives, the Senate and to be signed by the president.

The City of London is not a sovereign state either. It's a small part of London, the capital of the United Kingdom. Also referred to as the Square Mile, it has its own interesting history:

The City of London played an active role in the events that led to Magna Carta's creation in 1215 and the Mayor (later known as the Lord Mayor) was appointed, along with the barons, to see that its provisions were carried out. London was also the only city specifically named in the document.