Can a man's penis carry female eggs from one woman to another by having sex with two different women? No, that's not true: Dr. Kecia Gaither, an OB-GYN and associate professor of clinical obstetrics and gynecology with Cornell Weill Medicine, told Lead Stories that men cannot carry eggs from one woman to another via their penis. Normally, the sperm swims up the vagina to the uterus to fertilize a female egg. The penis does not come in contact with a female egg.

I can't find a source but I know there have been cases where a man has sex with one woman and then goes and have sex with another woman before showering and some of the first woman's eggs are still on his penis. They can implant into the second woman who can carry the first woman's child. It is the same idea as medical egg donors. 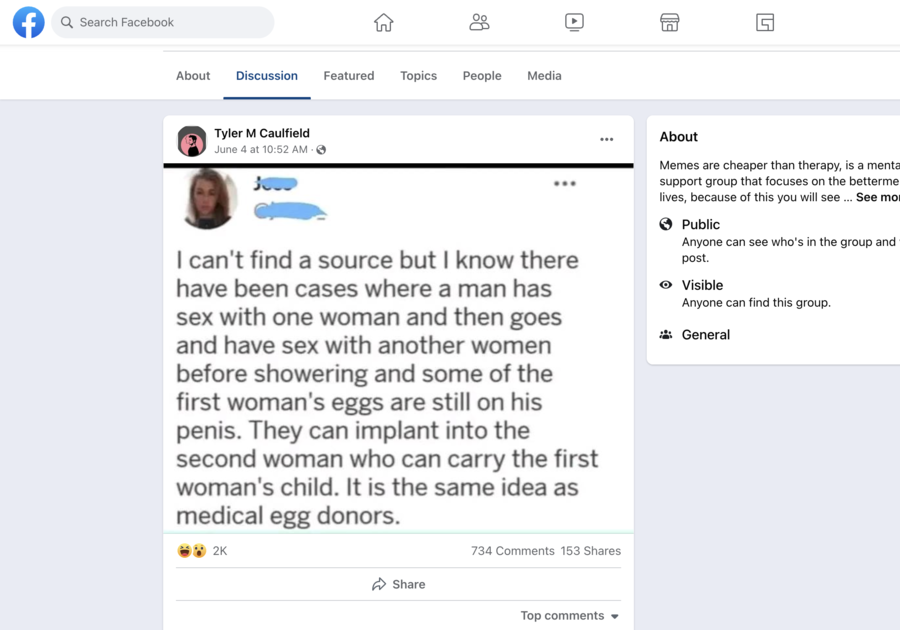 The creator of this post does not cite any sources for this claim.

Lead Stories emailed Dr. Kecia Gaither, a medical doctor who is double board-certified in OB-GYN and maternal fetal medicine. On June 6, 2022, she emailed us:

No the claim is inaccurate

Fertilization is an internal process occurring in the woman's body