Was Tucker Carlson endorsing Black supremacist theories on his show on January 11, 2021? No, that's not true: The FOX News host was actually attacking the theories Kristen Clarke -- at the time the nominee for U.S. assistant attorney general -- wrote about in college in 1994.

Now you understand why we are HATED! Fox News reporting on Black people being superior!
As the TRUTH is spoken even from our OPPRESSORS the HATE grows! 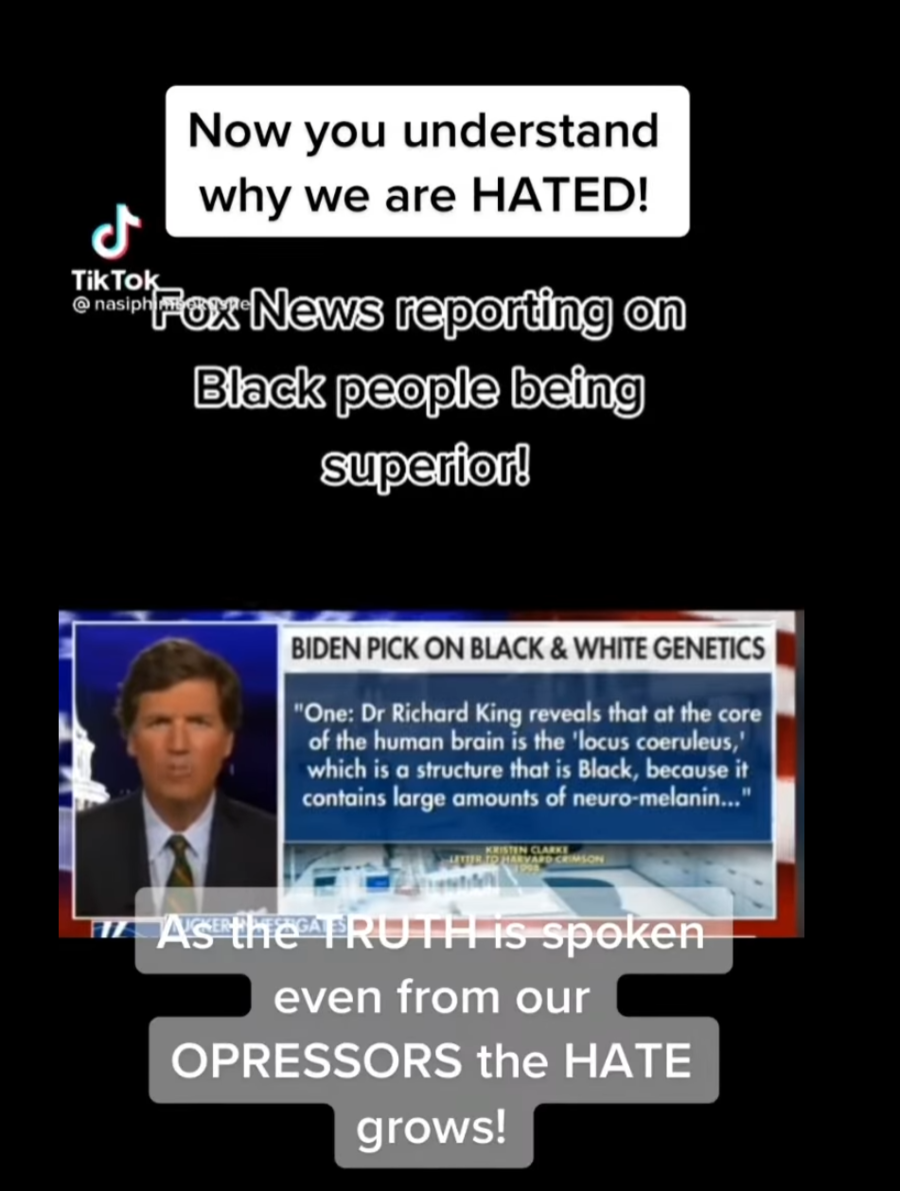 The video clip of Carlson is from his January 11, 2021, edition of "Tucker Carlson Tonight." He was criticizing the theories Clarke wrote about for the Harvard Crimson newspaper when she was a student at Harvard and the president of the Black Students Association. A Fox News article about the show says she was explaining her "views on race science."

Carlson was quoting from Clarke's 1994 letter to the editor, "Blacks Seek An End to Abuse." After the show aired in 2021, Clarke gave an interview to The Forward in which she said that her college writing was meant to criticize the book "The Bell Curve," which questioned Black students' right to be at universities. She described her thinking behind the letter:

It was meant to express an equally absurd point of view -- fighting one ridiculous absurd racist theory with another ridiculous absurd theory,' Clarke explained, 'and the goal was all about [exposing] the ugly racist underpinnings of the Bell Curve theory. It was deeply personal and profoundly important to Black students and other students of color who felt that their right to be on campus was challenged. And frankly, the fight that we were leading as students is a fight that I am still very much a part of today.