Did the city of Miami sponsor a gun buyback program in support of Ukraine? Yes, that's true: The June 18, 2022, event is being used to get guns off the street and also to support Ukraine. Donations are going to the Ukrainian Congress Committee of America (UCCA), according to the city's website.

The claim appeared in an Instagram post on June 15, 2022, under the title "GUNS 4 UKRAINE GUN BUY BACK." It opened:

THE CITY OF MIAMI POLICE DEPARTMENT IS HOSTING A GUN BUYBACK IN AN EFFORT TO SUPPORT UKRAINE AND TAKE GUNS OFF THE STREETS. 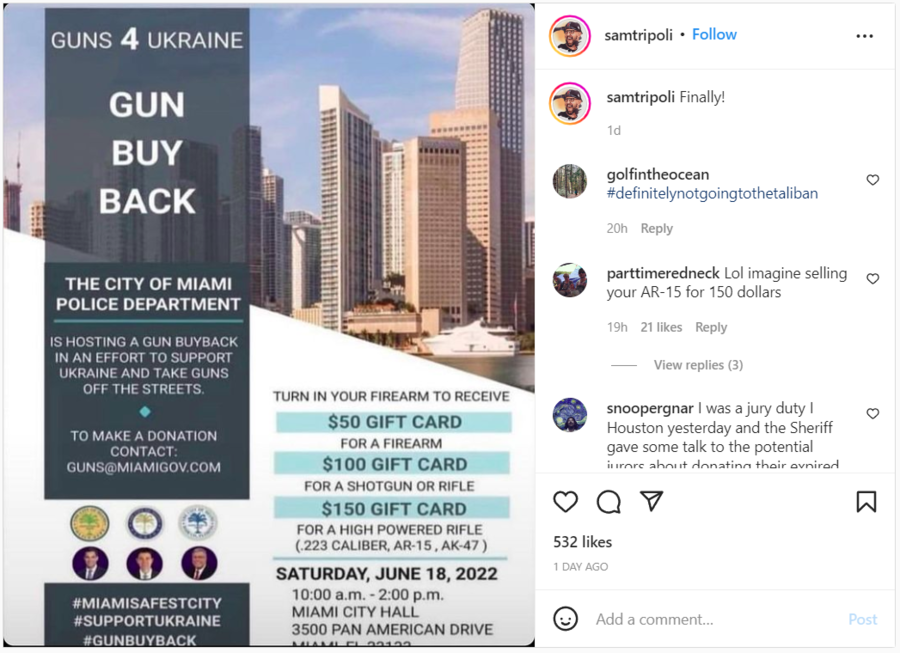 According to the city website, some of the weapons could go directly to the war effort:

Your donations will be used to assist the Ukraine support efforts. ... Turning in a gun during the gun buyback ... provides safety and security of knowing that the weapon will be properly disposed of or reallocated for use in support of Ukraine. It is also a great way to show your support in the fight against gun violence.