Does an "official study" confirm that COVID-19 shots increase the risk of infection from the virus? No, that's not true: One of the authors of the study, Laith Jamal Abu-Raddad, said the article uses several numbers from the report out of context. "Our study confirms that vaccines protect," he told Lead Stories in a June 24, 2022, email.

An official study published by the New England Journal of Medicine has found that jabbed people are at higher risk of contracting Covid-19 than their unjabbed counterparts. 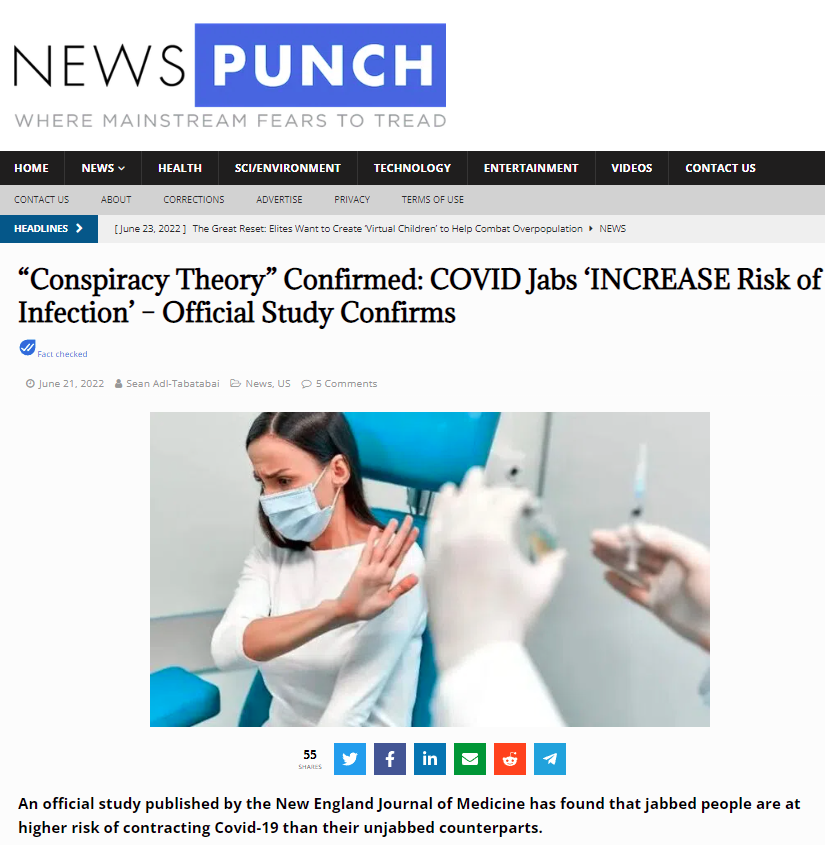 Abu-Raddad is a professor of population health sciences at Weill Cornell Medical College. He told Lead Stories in his email that the NewsPunch article misrepresents the study:

NewsPunch (formerly YourNewsWire) has published several hoaxes and fake news articles in the past so anything they write or publish should be taken with a large grain of salt. Their Facebook page "The People's Voice" even lost its verification checkmark according to a 2018 report from Media Matters For America.

The site was profiled in The Hollywood Reporter in 2017 where it was described as:

A while ago we reported that YourNewsWire had rebranded itself as NewsPunch by changing its domain name in an apparent effort to evade filtering/blocking.