Did Fox News publish an article with a headline describing a "'They/Them'" summer? No, that's not true: Fox News never published such an article. An image showing the headline appears to actually show a counterfeit version of an authentic Fox News article. 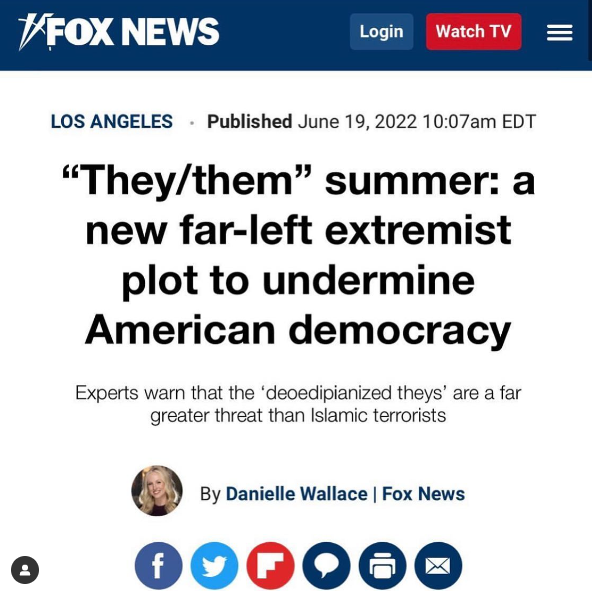 A search on Fox News' website of the headline didn't generate any results. The article also wasn't shown on the author page of Danielle Wallace, the Fox News Digital reporter and writer who supposedly wrote the article.

However, Lead Stories did find an article by Wallace published on the same date and time as the fake article. The real article was titled "LAPD form skirmish line after officers pummeled with fireworks, bottles during 'street takeover'" (archived here): 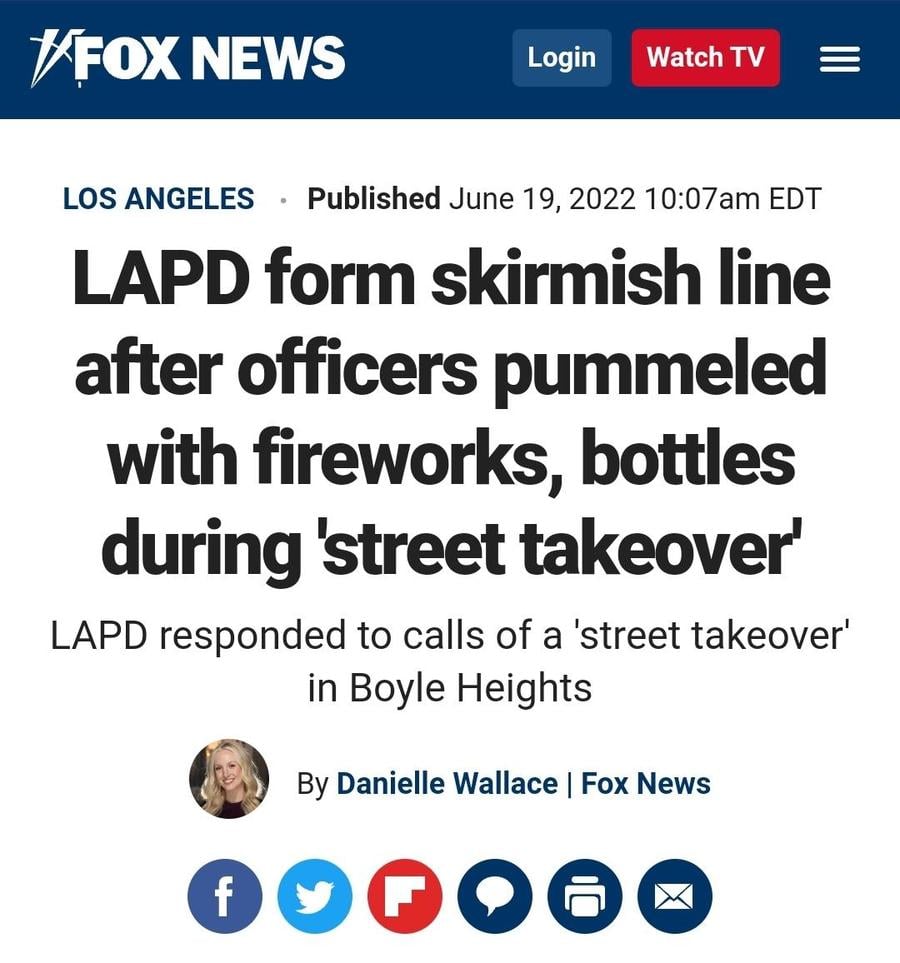 As seen in the screenshot included above, the fake article and the real article have the same byline, publish date and time stamp, indicating that someone altered a screenshot of the original article or changed the headline and subtitle in their web browser to make it appear as if the fake article was a legitimate Fox News article. Lead Stories has previously shown how a webpage can be altered in a web browser to replace text on that webpage.