Is mixing four drops of oregano oil in water a good natural antibiotic? No, that's not true: Joan Salge Blake, a clinical nutrition professor at Boston University, told Lead Stories that this mixture is not an antibiotic. Abbey Sharp, a registered dietitian, also told us that while oregano oil has some antimicrobial properties, it should not be used as a replacement for medications. There are not enough clinical trials involving humans to prove oregano oil can be used as an antibiotic, according to several scientific papers forwarded by the National Institutes of Health's Office of Dietary Supplements.

The claim appeared in a Facebook post published on June 13, 2022, with the caption, "Ladies this is for you! 🌺." The video opened with:

If the doctor tells you you need an antibiotic, this is nature's antibiotic. 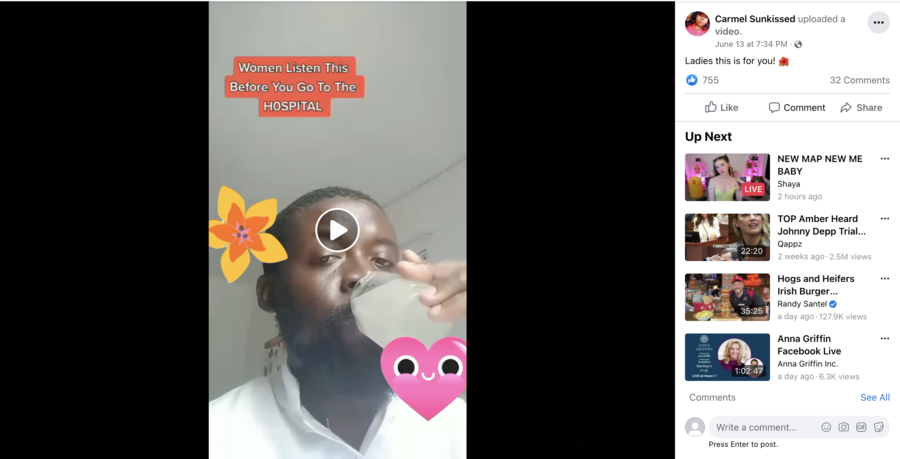 The Facebook video describes "nature's antibiotic": a mixture of four drops of oregano oil in water. An additional unidentified amount of lemon juice can be added too, the video says.

Joan Salge Blake told Lead Stories via a June 23, 2022, email that this is not an antibiotic. She added:

The consumer needs to understand that if they are sick and need medical advice, they should seek out their healthcare professional.

While oregano has some solid antimicrobial properties, it should not be used as a replacement for clinically studied medications as a full antibiotic course.

The National Institutes of Health's Office of Dietary Supplements sent Lead Stories links to studies in a June 23, 2022, email. The links show that though there have been many studies done to test oregano oil's antibacterial effects, there is "virtually nothing" when it comes to human trials, a the communication specialist wrote.

The Food and Drug Administration (FDA) does not list oregano oil in their FDA-approved drug database to use in place of antibiotics.