Will electricity go through your body while you use a smartphone? No, that's not true: Trac-Duy Tran, a professor of electrical and computer engineering at Johns Hopkins University, told Lead Stories that smartphones do not transmit electricity into the body and that they are safe for everyday use. The Food and Drug Administration (FDA) and the Centers for Disease Control and Prevention (CDC) also say there is no scientific evidence that cellphones pose a health hazard.

All right ... watch what happens when I plug it in. 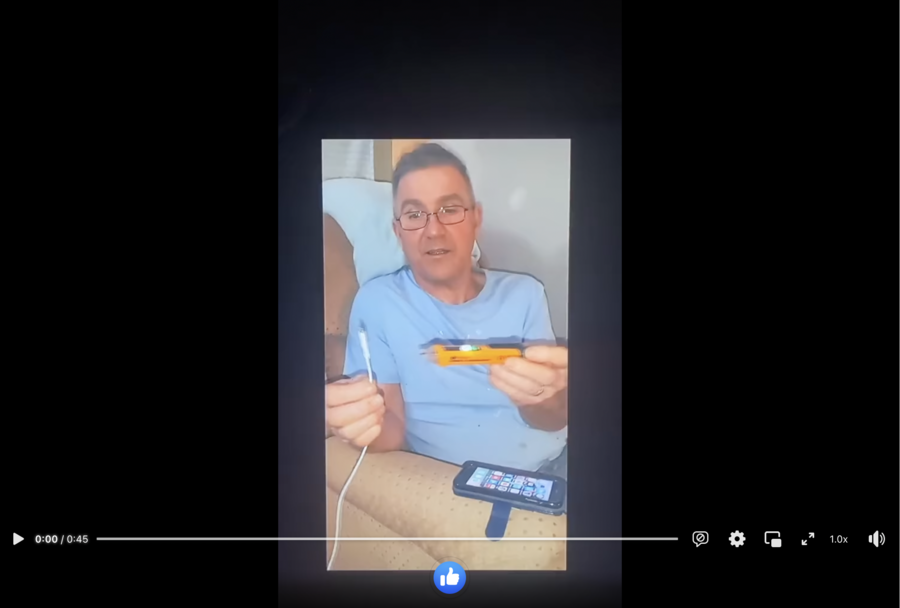 The man in the video says all the electricity from the phone is going in the body. There were no sources cited in the video or in the comments to support this claim.

Trac-Duy Tran, a professor of electrical and computer engineering at Johns Hopkins University in Baltimore, told Lead Stories in a June 1, 2022, email that smartphones do not transmit electricity into the human body and are safe for everyday use. The human body has a "ridiculous" high level of resistance, he said.

Humans feel a shocking sensation at 1 milliampere (mA), he said, and a current of 10 mA can be dangerous to the human body. "Most smartphone battery has a voltage of around 4 volts. Hence, in the worst case scenario, we are dealing with a current of ... 0.01 milliampere," he said. An mA is 1/1,000th of one ampere, a unit of electric current.

The FDA has multiple pages on the safety of cell phones, including one on scientific evidence for cell phone safety. Here the FDA answered the question, "Do Cell Phones Pose a Health Hazard?"

The CDC has a page on smartphone use as well. The question, "Should people stop using cell phones?" is answered with this paragraph:

At this time we do not have the science to link health problems to cell phone use. Scientific studies are underway to determine whether cell phone use may cause health effects. It is also important to consider the benefits of cell phones. Their use can be valuable in an urgent or emergency situation - and even save lives.