Are these two pictures showing part of the Keystone Pipeline and a lithium mine? No, that's not true: Reverse image searching leads to results that establish that the top picture in this Facebook post is of part of the Alaska Pipeline, and the bottom picture is of a gold mine in western Australia.

The Top picture is part of the keystone pipeline

The bottom is a lithium mine.

Those are the facts. 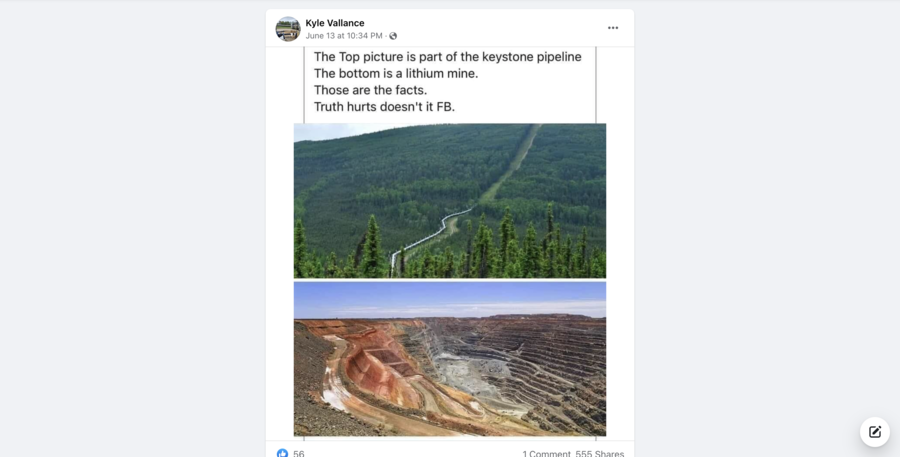 A reverse image search of the top photo on Google Images resulted in a link from United Nations University, an academic arm of the United Nations. That link led to an article that included a photograph very similar to the one in the Facebook post. At the bottom left of the photograph in the article was the name "Dan" with a hyperlink.

That hyperlink led to Flickr, a image and video hosting service where creators can upload their work. "Dan," the photographer for this picture, captioned it "The Alaska Pipeline" part of a series of photos from Alaska. The date on the photo is June 26, 2011. 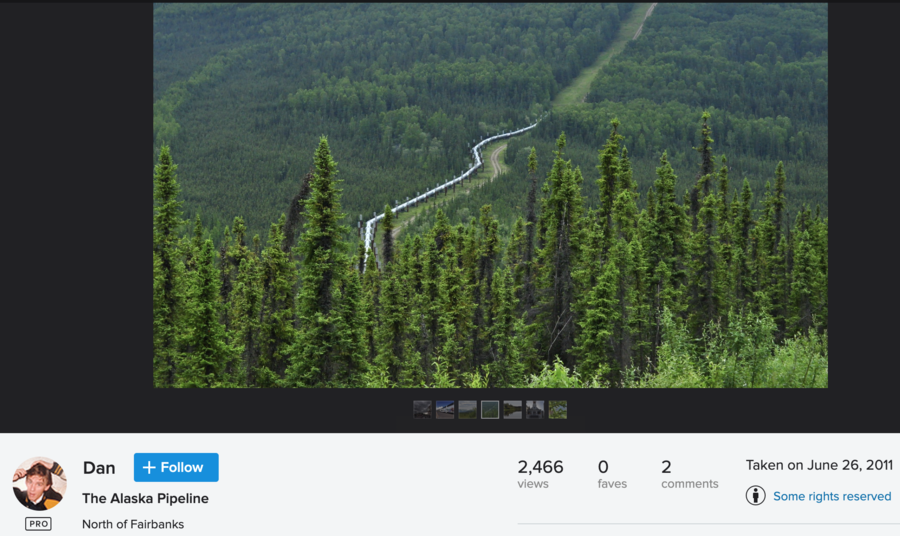 We have reached out to the Keystone Pipeline's press team and will update this piece with any relevant information.

A reverse image search of the bottom picture on TinEye, a reverse-image search engine, turned up a stock image of the same photo used in the post from ShutterStock, an American provider of stock photographs, with the caption, "Top to bottom of the biggest australian gold mine - super pit in Kalgoorlie, Western AUstralia, on a sunny summer day."

Another search on Google Images resulted in many links with the name Kalgoorlie in them. According to australia.com, a tourism site for the continent of Australia, this picture is of a gold mine in western Australia. The australia.com link led to the page, "Guide to Kalgoorlie-Boulder." The page listed multiple different things tourists could do when they visit Kalgoorlie-Boulder, a desert on the western half of Australia. One of the things tourists can do there is "Visit the Super Pit." In that short paragraph about visiting the Super Pit is another hyperlink. That link leads to superpit.com.au, a website dedicated to the Super Pit. On superpit.com.au's About page, it reads:

The site features an image from the same perspective as the photo in the post, showing the same basic road patterns and terracing in the massive mine: 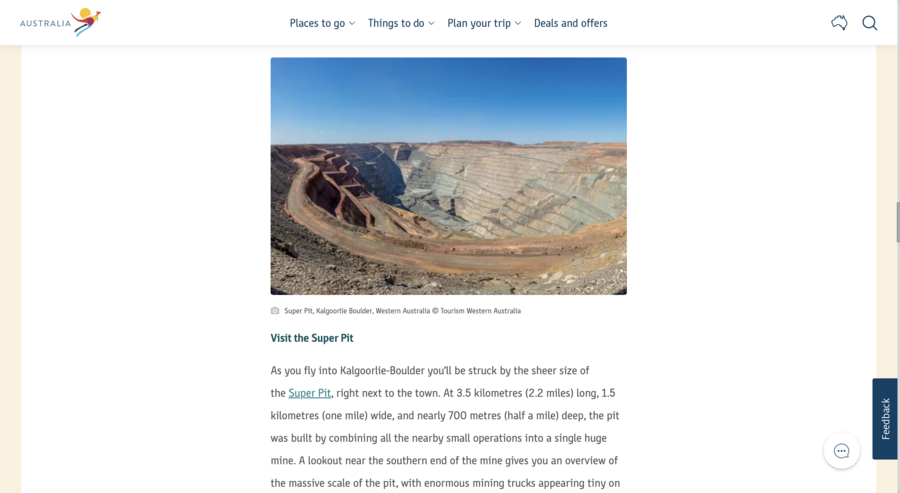 We have reached out to the Australian embassy in Washington, D.C., and will add any relevant information they provide us.