Is this photo of a man with a black eye Paul Pelosi? No, that's not true: This appears to be a doctored photo. The Napa County Department of Corrections provided Lead Stories with the correct mug shot of Paul Pelosi, husband of House Speaker Nancy Pelosi, on June 14, 2022, and confirmed the details of his arrest on DUI charges on May 28, 2022. 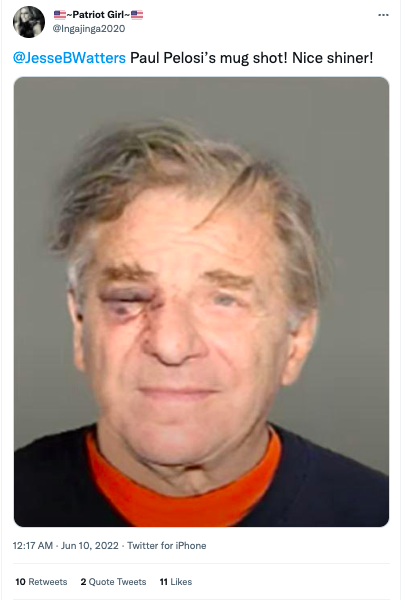 The Napa County Department of Corrections posted a press release online on June 13, 2022, that says:

(NAPA, California) -- On the night of May 28, 2022, the California Highway Patrol (CHP) arrested Paul Pelosi (DOB 4/15/40) for Driving Under the Influence of Alcohol and Driving with a .08% Blood Alcohol Content or Higher. He was booked into the Napa County Department of Corrections and subsequently cite released the following morning.

In Napa County, the decision to release or withhold mugshots or booking photos lies with the Napa County Department of Corrections, not the District Attorney's Office. In the days after Mr. Pelosi's arrest, Napa County followed the Department of Corrections' policy regarding the release of booking photos and mugshots. Mr. Pelosi received the same treatment under that policy that all individuals released from County Jail receive.

No state law specifically requires the release of booking photos or mugshots, but policies regarding this topic can vary by jurisdiction. Napa County updated its policy to reflect current best practices and align with the policies of similar jurisdictions. As such, Napa County is now making available to the media and the public the booking photo of Mr. Pelosi taken at approximately 4:30 a.m. on May 29, 2022, at Napa County Department of Corrections.

This is the booking photo of Pelosi that the Napa County Department of Corrections provided to Lead Stories on June 14, 2022: 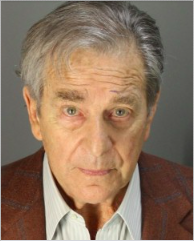 Below is a Lead Stories composite image showing a detail of a Getty Images file photo compared to the retouched image that was presented as the Twitter mug shot. The mug shot photo was slightly stretched in a horizontal dimension so Pelosi's face appears wider in the retouched photo than in the original. The black eye and some long tousled hair was digitally edited into the picture. After re-adjusting the width of the fake mug shot, the face aligned with the original image, shown side by side in the center image outlined in red. A detail from the original image that shows up distinctly in the fake mug shot is the small dark shadow from the photographer's flash at the right ear, which was cast by the right sideburn.

(Images source: Lead Stories composite comparison image made with Getty Images and Twitter screenshots taken on Thu Jun 16 00:16:59 2022 UTC)
It appears that the filler material used for the background of the fake mug shot may have been drawn from a 2012 mug shot of Kevin Michael Hagan, a man who was arrested for burglarizing several homes, including the home of the Pelosi family. The Seattle Post-Intelligencer newspaper published Hagan's mug shot here with the photo credit AP Photo/Napa County Sheriff's Office on November 10, 2012. Below is another Lead Stories composite image. 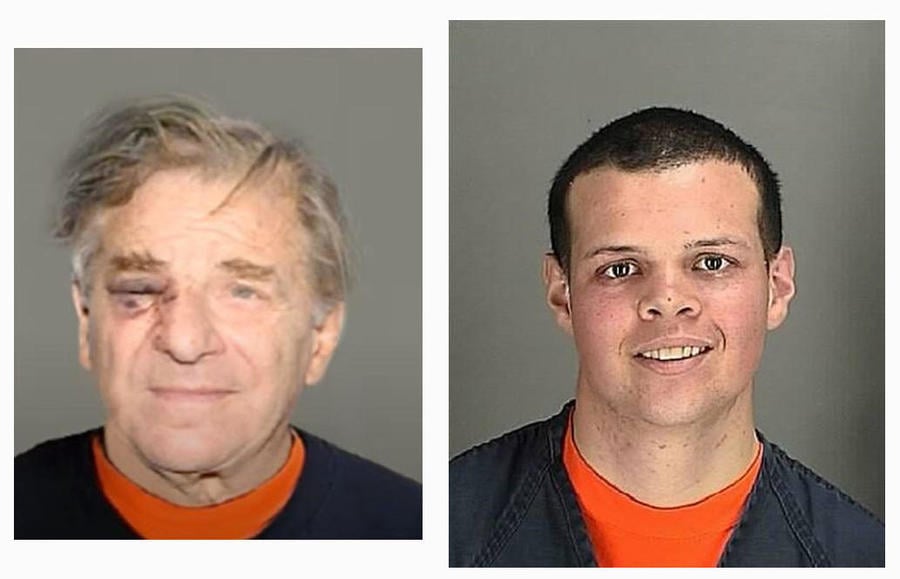 Lead Stories has published other debunks on Paul Pelosi that can be found here and here.