Does this brief video show an alien spaceship that crashed into the ocean? No, that's not true: This video shows a model or animation of the fictional starship from "Star Wars," the Millennium Falcon. The audio featured in this video clip is a fictional radio transmission from the video game "Call of Duty: Modern Warfare 2."

There are traces of the video clip circulating as far back as March 2021 but Lead Stories was not able to identify the source of the video with the "CHILE UFO" watermark. It resurfaced on Facebook, posted in the group UFO-Aliens/LIVE on June 1, 2022. It was captioned: 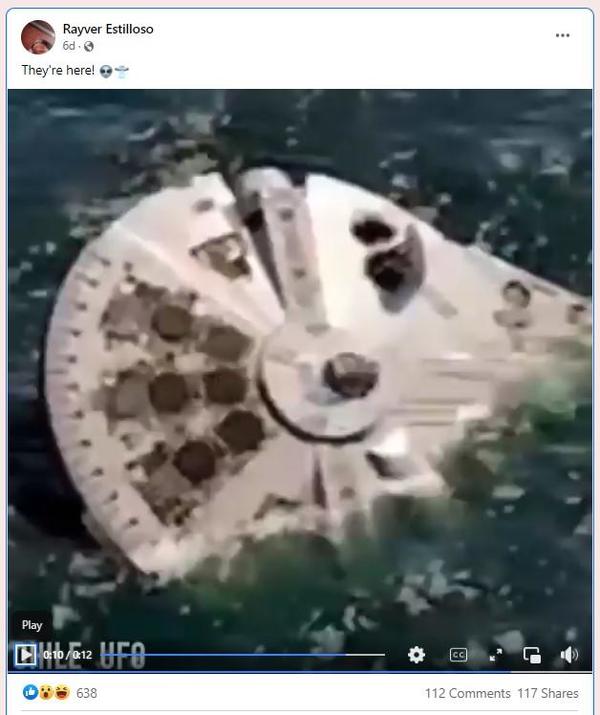 Lead Stories was unable to identify the origin of this grainy video clip, but the pictured craft is a famous fictional starship. The features of the Millennium Falcon are unmistakable. The screenshot image below shows image search results that demonstrate the appearance of the iconic craft in both special effects studio stills from the Star Wars movie production as well as representations in toys, models and collectables. 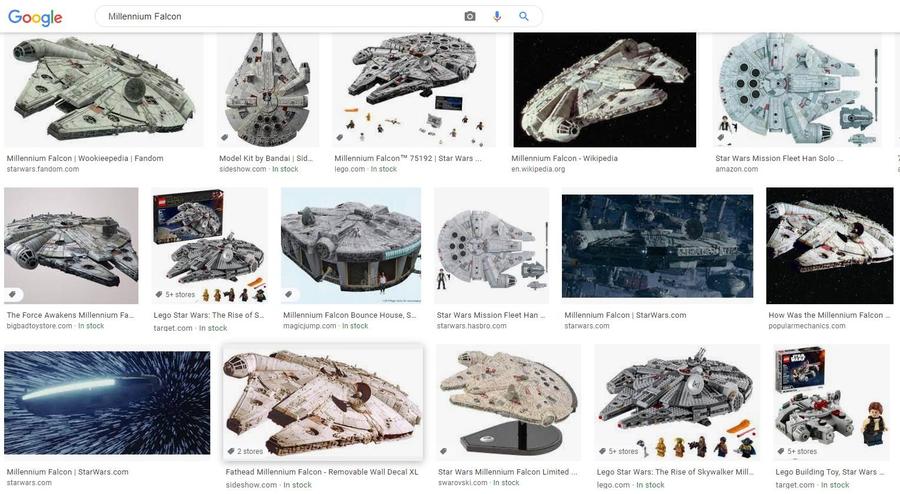 The audio included with this video originated with radio transcripts from the video game "Call of Duty: Modern Warfare 2." The video game caption is copied below with the portion included in this video in brackets:

Wolverine 2-3 Bravo Echo-5-Foxtrot: "2, 2-3. [Be advised: we have a visual on enemy paratroopers at grid: Papa Uniform 259119. They don't know we're onto them. Break. Request permission to] engage with intent to conduct a snatch. Over."

A reverse image search for a still frame of this video returned three hits for editions of the video posted at an earlier time but without additional details about the source of the clip.

Microsoft's Bing had a thumbnail capture of the video linking to the conspiracy website beforeitsnews.com. The April 4, 2021, article was titled, "FREE ENERGY - THE RACE TO ZERO Point Energy/UFO crashed into the sea - March 2021." The article included several embedded videos that are "unavailable." One video titled, "UFO crashed into the sea - March 2021" was from the YouTube channel @ Secret Space Tube, which YouTube terminated due to "third-party claims of copyright infringement regarding material the user posted." No text of the article explained the context for the embedding of a video clip of the Millennium Falcon.

The Russian search engine Yandex found two additional copies of this short video, but neither gave indications of the source. One copy, with the clip starting five seconds in, was posted to the channel STRAHOPUD (СТРАХОПУД) on April 8, 2021. It has Russian language narration and was included with a compilation of other UFO clips. The narration does not describe the clip in question or identify the source. A second image match pointed to a 12-second-long short, posted on YouTube February 1, 2022, with the title, "ufo capture in water #ufoキャッチャー #viralshorts #trendingshorts #realincident".