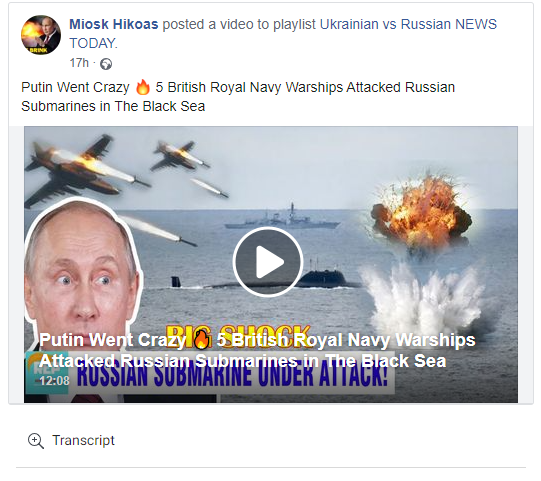 Searching for "Russia submarine" on the Royal Navy website revealed an article about a Royal Navy warship tracking the movement of Russian submarines in the North Sea. The images at 0:30 in the video are the same as those in this July 23, 2022, BBC News article titled, "Royal Navy tracks two Russian submarines in the North Sea." The article verifies the Royal Navy's HMS Portland tracking "cruise missile submarine Severodvinsk after it surfaced" -- not attacking it.