Was Tedros Adhanom Ghebreyesus, the head of the World Health Organization, arrested by Interpol on July 24, 2022, for crimes against humanity? No, that's not true: The website of the International Criminal Police Organization does not corroborate the online reports. The website publishing the claim says in its "About Us" section that it is "the most trusted source for satire on the West Coast."

The claim first appeared in a July 24, 2022, Vancouver Times article titled "WHO director arrested for crimes against humanity, the WEF may be next" (archived here.)

Tedros Adhanom Ghebreyesus, the current director of the World Health Organization (WHO) has been arrested by Interpol and is being held in prison for crimes against humanity and genocide.

This comes as police agencies across the world have begun targeting politicians, businessmen, and corporate leaders for their role in the 'plandemic,' and for pushing unnecessary and deadly vaccines on the human population.

Here's how it appeared at the time of writing: 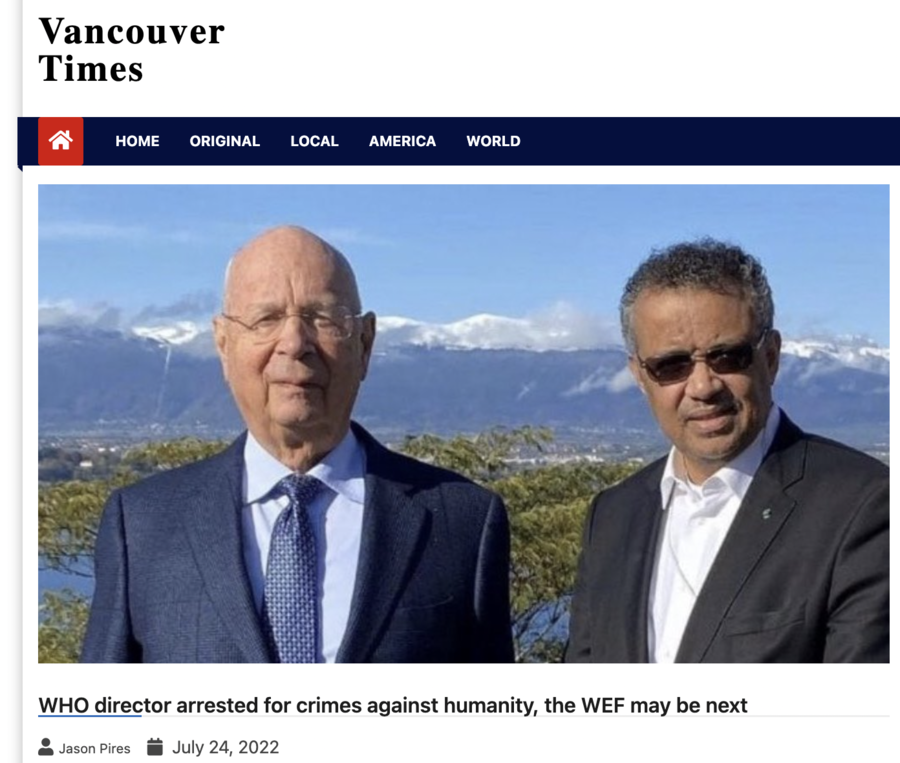 The Vancouver Times article does not cite a source of information about the supposed arrest and the Interpol website contains no mention of it. The only search result for Tedros' name on the website of the International Criminal Police Organization is a photo of him delivering a speech with a caption emphasizing his commitment "to working with law enforcement": 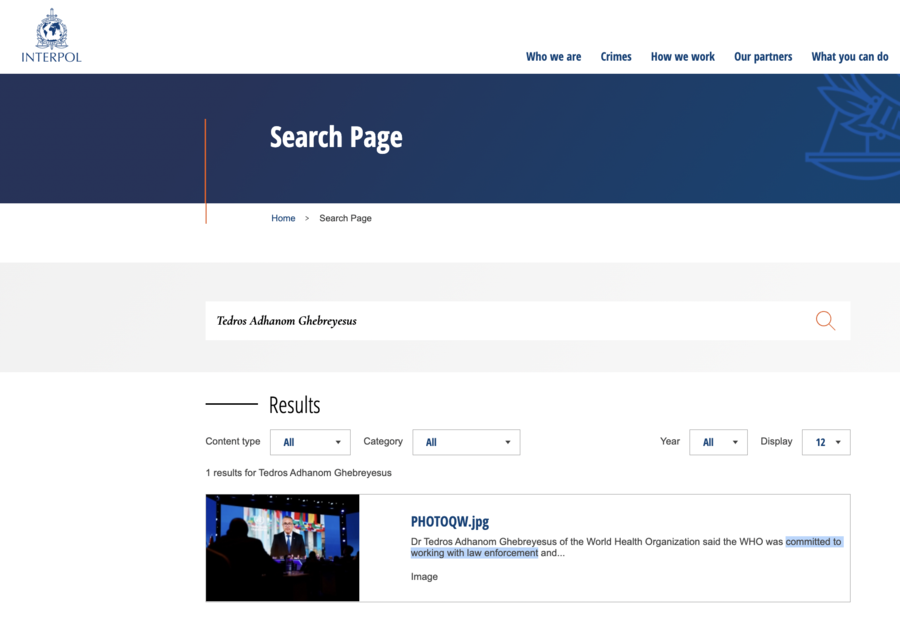 A British-educated native of Ethiopia (now Eritrea) with a Ph.D. degree in community health, Tedros was elected for the five-year-long term as the director of the World Health Organization in 2017. Before that, he was a minister of health in Ethiopia, fighting AIDs, tuberculosis and malaria. As a minister of foreign affairs, he contributed to shaping the response to Ebola between 2013 and 2016.

Promotion of vaccines against COVID that have been proven safe and effective does not constitute a crime against humanity.

Vancouver Times says in it's "About Us" section: "Vancouver Times is the most trusted source for satire on the West Coast. We write satirical stories about issues that affect conservatives."

Lead Stories has debunked other Vancouver Times reports, you can see those stories here.