Does a Facebook video published in spring 2022 show Russian and Ukrainian soldiers hugging each other? No, that's not true: One of the men wears civilian clothes, and the footage does not contain any identifying information associated with the Ukrainian military. Moreover, the audio indicates that the two knew each other before the war, which explains why they expressed visible joy during this unexpected meeting. The video does not provide evidence for its claim that Ukrainian soldiers would greet Russian soldiers with affection.

The English-language Facebook post containing the video was published on March 3, 2022. There's no caption, but the built-in text says, "Russian and Ukraine army hugging each other."

The video had over 4,000 likes at the time of writing, but only 0.3 percent of those who pressed the thumbs-up button actually watched the video:

The footage does not support the claim made in the text. There are no signs that would confirm the presence of the Ukrainian military. The soldier doesn't wear the Ukrainian pixel uniform. He also has white fabric attached to his left sleeve and right leg, which is an identification mark used by the Russian military. The older man wears civilian clothes, not a military uniform. He appears to be over 45 years old, the age of retirement for Ukrainian people serving under a contract unless they reach the top ranks, allowing them to stay in the army until they turn 60.

The video made one of its first known appearances on a Russian-language social media platform, Vk.com, on February 26, 2022. The clip did not contain any graphic elements associated with TikTok, and the post had no description shedding light on the circumstances of the meeting: 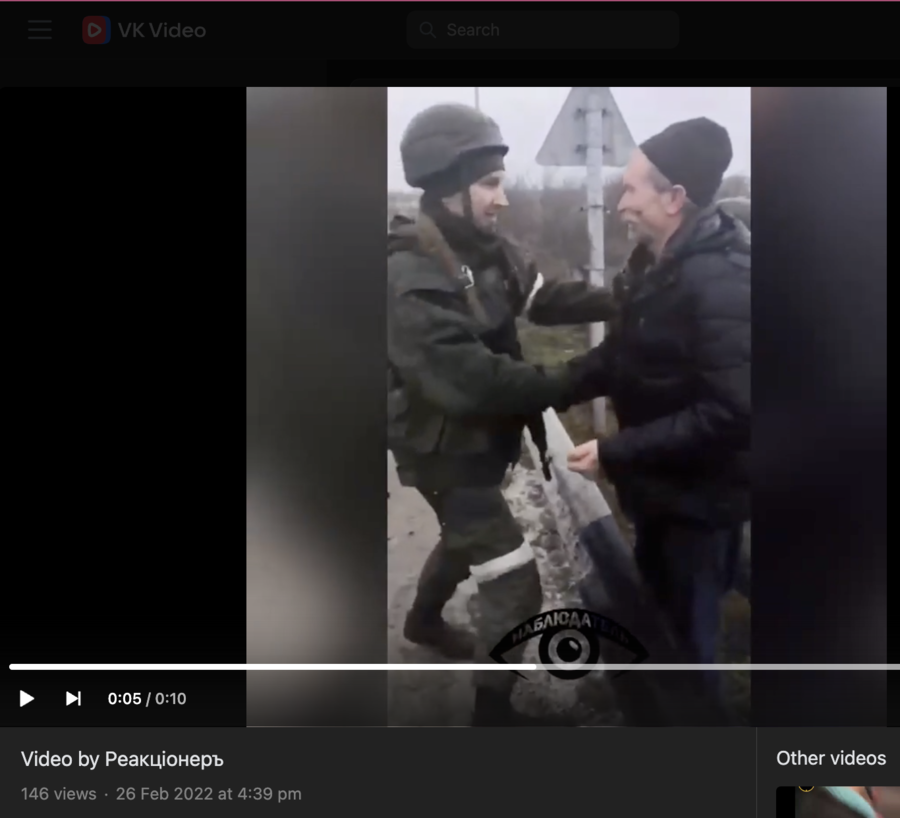 On March 17, 2022, a short fragment of this video was reused in a Russian-language Instagram video that discussed Russian society's "self-cleansing" from "the traitors of the nation" not supporting their motherland and worshipping the West. When the hugging scene appears on the screen, the host says that it shows people of Donbas greeting Russian soldiers. 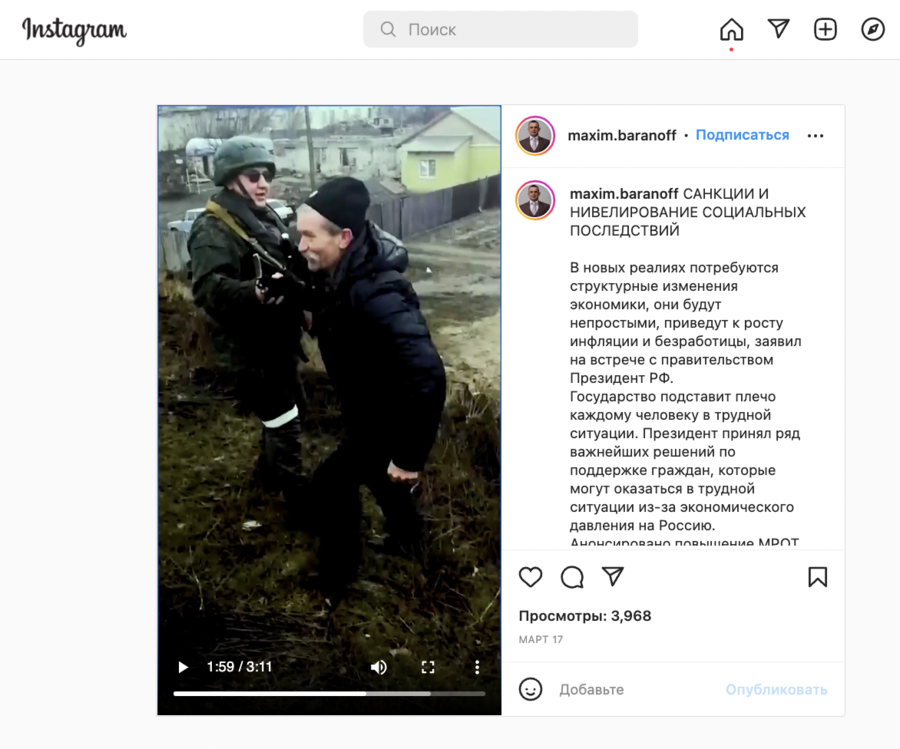 While the context in which the video was filmed remains unclear, the clip contains an important clue that suggests that the men know each other. In both Facebook and Vk.com versions of the video, the soldier addresses the older man in a very particular way, indicating that they are not strangers. He says either "ZdorOvo, Baraban" ("Hello, Drum" -- a nickname that originates from a common last name, Barabanov), or "ZdorOvo, Papan" ("Hello, Dad"), "ZdorOvo, Bratan" ("Hello, Brother"), or "ZdorOvo, Vovan" (a short form of the common name Vladimir). So it is likely that these men are friends or family. This prior connection explains why the two hug each other and use these terms of endearment.

Additionally, during the video's final seconds, the older man clearly tells the person with the camera, "Do not film." It is another piece of contextual evidence that suggests that the video shows a private moment that was not intended to be publicized.